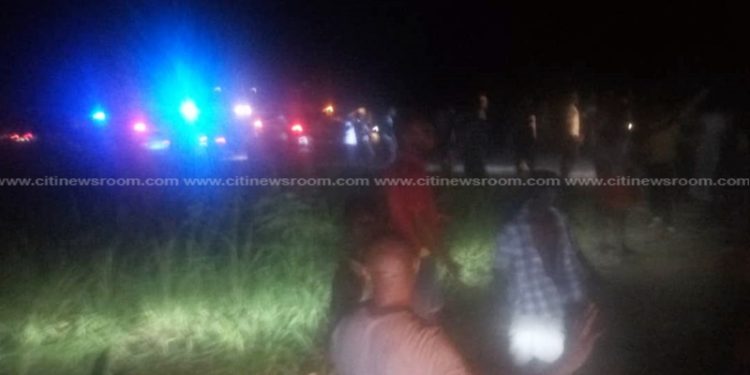 Some angry residents at Nsawam have blocked the main Accra-Kumasi highway at Nsawam in protest after police failed to show up to rescue two persons trapped in an accident.

The action caused a lot of vehicular traffic on the highway.

The two trapped persons believed to be mechanics were underneath a faulty articulated truck, that transports heavy-duty equipment, when the equipment on the trailer fell on them.

But since the accident occurred, around 3 pm, no police personnel have been to the scene despite numerous calls, according to one of the angry residents.

“Even if the president was here, we would block him,” a resident told Citi News.

The residents said they would only remove the roadblock when the two men trapped are rescued.