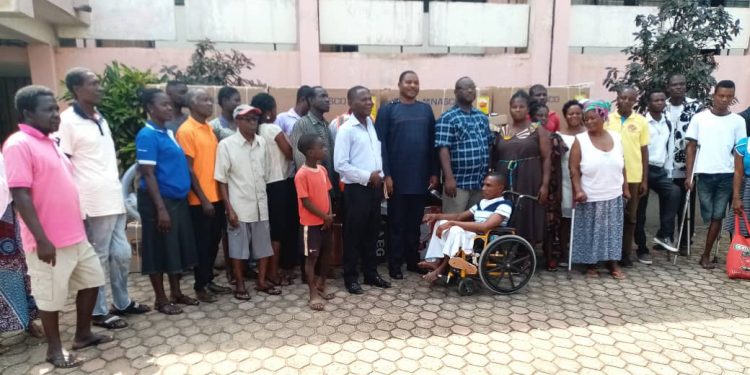 The Obuasi Municipal Assembly under the leadership of Elijah Adansi-Bonah has made a third disbursement of the disability fund to some Persons living with Disabilities (PWDs) in the district.

The Assembly disbursed a total amount of GH₵76,000 to 37 beneficiaries. The first one was done on 20th August 2018 whilst the second disbursement happened on 23rd July 2019.

The Municipal Chief Executive (MCE) Elijah Adansi-Bonah in an advice to beneficiaries before the disbursement on Thursday, December 19th, 2019, said to maintain the success story of the disability fund, it is important for beneficiaries to put them into good use. 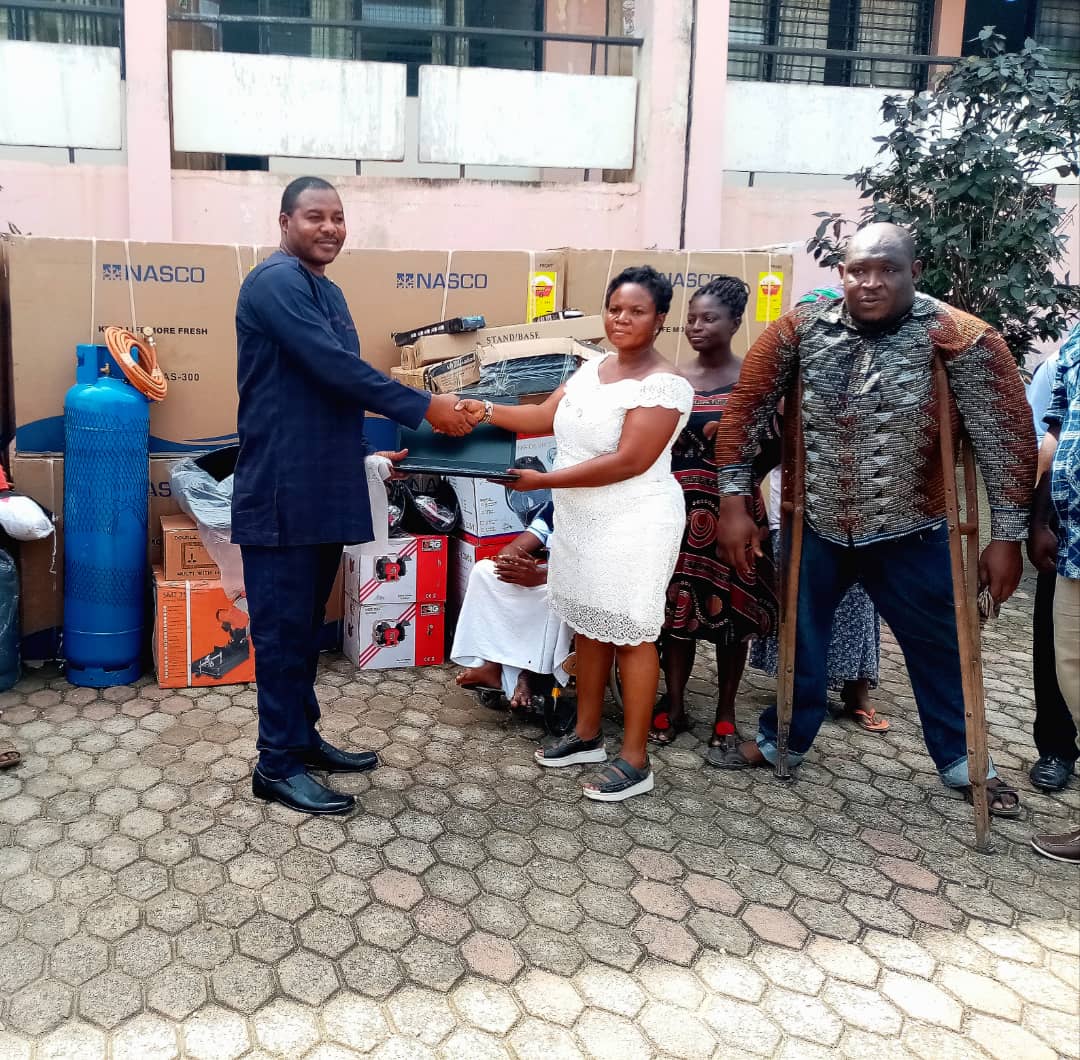 He said that recently, auditors were in the municipality to ascertain whether the items distributed to beneficiaries were being used properly.

“I am happy to tell you that, the auditors confirmed that those who have benefited earlier on, have put their items into good use.”

He assured those who could not benefit from this tranche that, the assembly will take care of them very soon.

He again advised them to channel their grievances to their focal person or their leaders for redress.

The Municipal Director of the Social Welfare Department in Obuasi, Emmanuel Akoto Sarpong also advised the beneficiaries not to sell their items but rather use them for their intended purpose to enhance their businesses and living standards.

Ibrahim Seidu, an Assistant Director of the Assembly thanked the beneficiaries for their patience and assured those who are on standby that they will be attended to in due course. 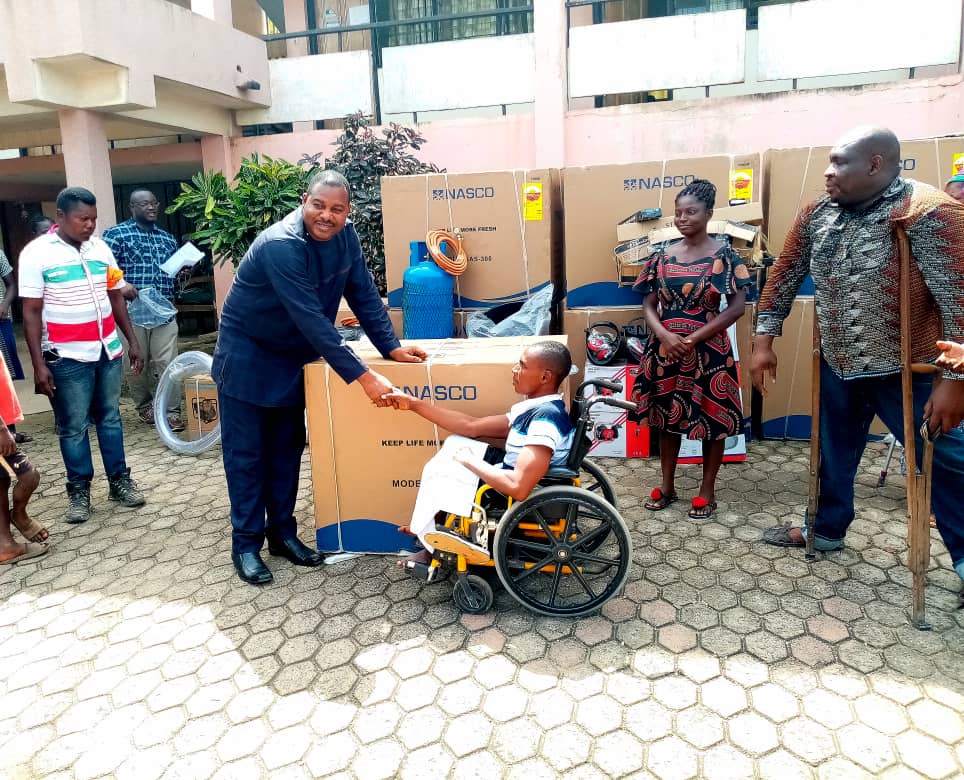 The beneficiaries who spoke with the Information Services Department could not hide their joy. They expressed their profound gratitude to the government and the Municipal Chief Executive for coming to their aid.

In all, the beneficiaries had items like fridges, shoe grinders, hair dryers and kits, a glass cutting machine, carpentry tools, a water pumping machine, a cylinder and accessories,  a knitting machine, and laptops.

Three PWDs were given educational support whiles a total of six people were given healthcare support.

Elijah Adansi-Bonah since his appointment as MCE for Obuasi has resolved to ensure accountability in the disbursement of the Disability Fund.

This practice of his has received commendations from the people of Obuasi.