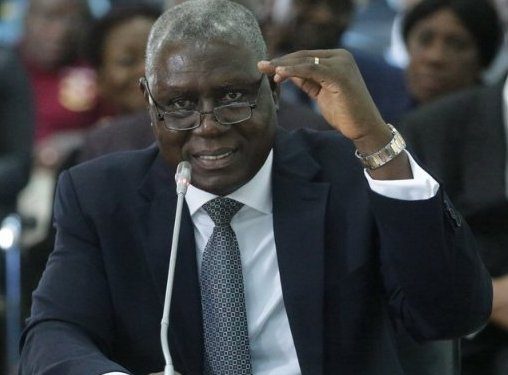 Parliament has approved the nomination of Justice Anin Yeboah as Chief Justice.

This follows the recommendation of the Appointments Committee for approval by the entire house by consensus.

Justice Anin Yeboah was nominated by President Nana Akufo-Addo earlier this month to replace the Justice Sophia Akuffo who is on retirement.

He was vetted yesterday by appointments’ committee and unanimously approved.

The lead up to the vetting was not without controversy as the Minority in Parliament first threatened to boycott the process because it felt the process was being rushed.

It later backed down from its threat after the vetting was rescheduled from December 21 to December 23.

Justice Anin is also the subject of a petition against him at Parliament over his alleged non-disclosure of assets.

The complainant, Mensah Thompson, also filed a complaint with the Commission of Human Rights and Administrative Justice (CHRAJ).

According to the petitioner, any Parliamentary approval of Justice Anin Yeboah will go contrary to Article 286 of the 1992 constitution because he has allegedly not disclosed his assets and liabilities as required.

During his vetting, however, the Chief Justice nominee dismissed claims that he had not declared his assets.

According to him, when he was appointed as a Supreme Court judge in June 2008, the then Chief Justice, Justice Georgina Theodora Wood, compelled him to declare his assets.

“When we went to the Supreme Court [as judge], the [then] Chief Justice [Georgina Theodora Woode] insisted and we complied and I have also submitted one [asset] to the Auditor General,” Justice Anin Yeboah said at his vetting in Parliament on Monday.