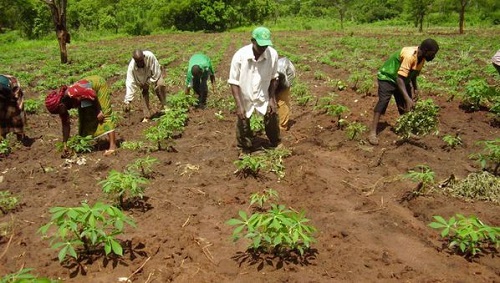 The Peasant Farmers Association of Ghana (PFAG) has rescinded its decision not to participate in this year’s National Farmers Day celebration in the Volta Regional capital, Ho.

The association, earlier this week announced that it will boycott the celebration because some its members who are rice farmers still had their produce stuck at the farm despite assurances from the National Buffer Stock Company that it will help the farmers store the rice and connect them to buyers.

But speaking to Citi News, the Head of Programmes of the Peasant Farmers Association of Ghana, Charles Nyaaba said the association changed its position after a Deputy Minister for Agriculture appealed to them.

“The Peasant Farmers Association of Ghana is fully celebrating, we heard the appeal made by the Deputy Minister of Agriculture that some of the concerns we were raising are genuine and real and that they were working around to address them.”

Mr. Nyaaba refuted assertions that the PFAG planned to internationally boycott the celebration to create a bad name for the government.

“So, our intention is not to hold the government back from the good intention they have for farmers, but we were just looking for the platform to let them know that even though we are celebrating the Farmers’ Day, rice farmers were facing these problems,” he said.

He stated that the government has reassured the association that it will address all problems faced by rice farmers.

According to him, the reassurance from the government was accepted by the leadership of the association.

“So once they are willing to address those problems we are fine, as we speak, we have our stand in Ho. We are exhibiting what we have produced. In all the sixteen regions of Ghana, our members are exhibiting and some are receiving rewards,” he added.

Teachers' strike a breach of their own principles - Education Ministry