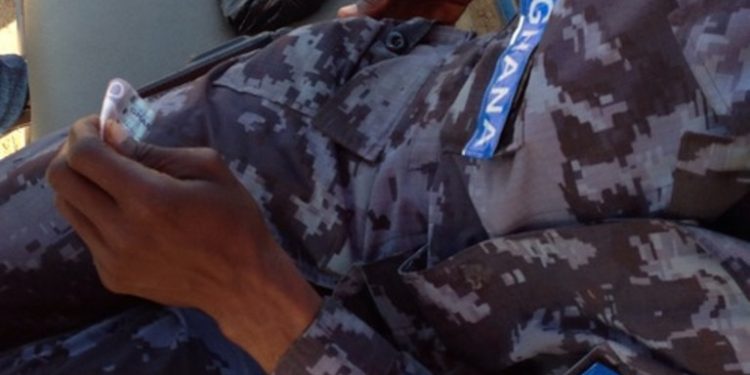 The latest Afrobarometer report released by the Center for Democratic Development shows that among key public officials in Ghana, the police, judges and magistrates, Members of Parliament, civil servants, and tax officials were most widely perceived as corrupt.

This may not be new as the Ghana Police Service has often topped most corruption perception rankings in the country, with many Ghanaians often expressing their belief that police officers are corrupt.

Even though government has always insisted on leading a successful fight against corruption in public life, more than half of respondents believe that the level of corruption in the country has increased.

The report also indicated that, government is rather performing poorly to fight the canker.

In the same report, it revealed that the government’s anti-corruption efforts have declined sharply since 2017 after more than doubling three years ago. 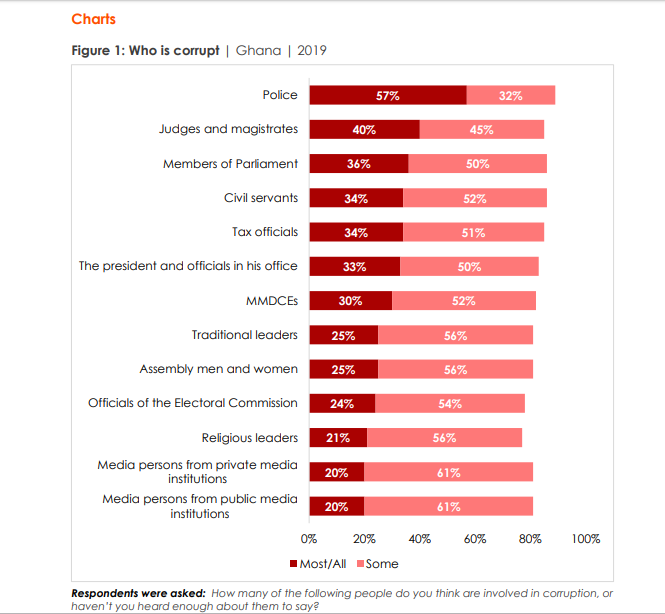 “More than half (53%) of Ghanaians say corruption in the country has worsened “somewhat” or “a lot” during the year preceding the survey, a 17-percentage-point increase compared to 2017. This follows a huge (47-percentage-point) improvement between 2014 and 2017”, the report noted. 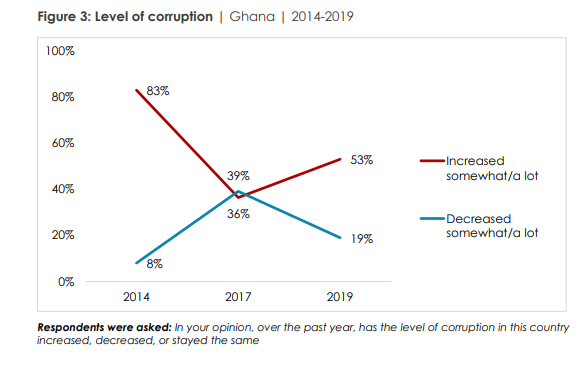 The survey showed that the Army, religious leaders, and the presidency were seen as the most trusted public institutions while opposition political parties, local government officials and tax officials are least trusted. 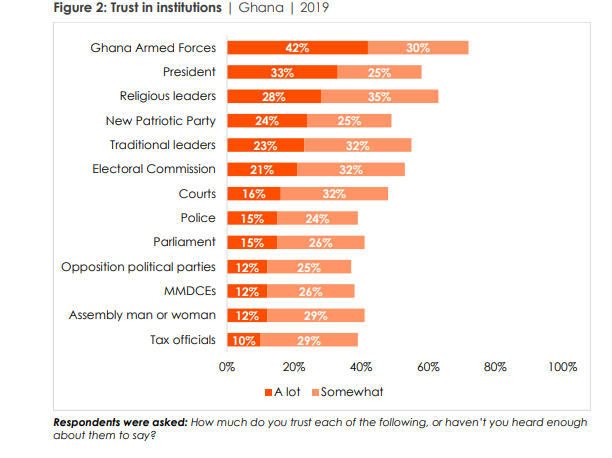 The police were also the institution that the largest number of citizens report bribing to access services. 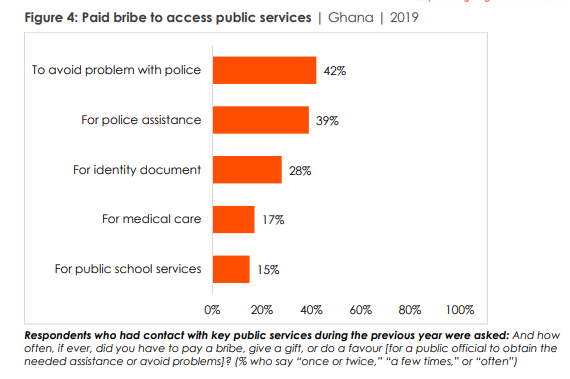 Among those who had contact with key public services during the previous year, four in 10 say they paid a bribe to avoid problems with the police (42%) or to obtain police assistance (39%). 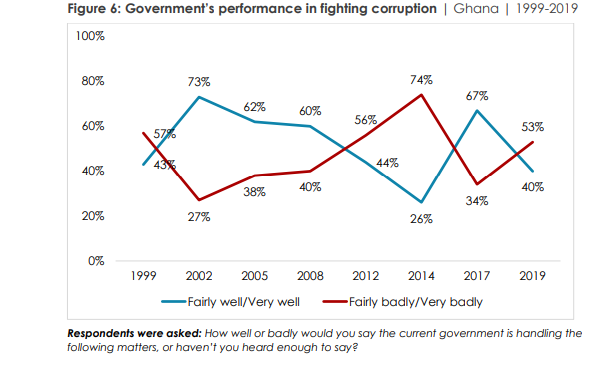