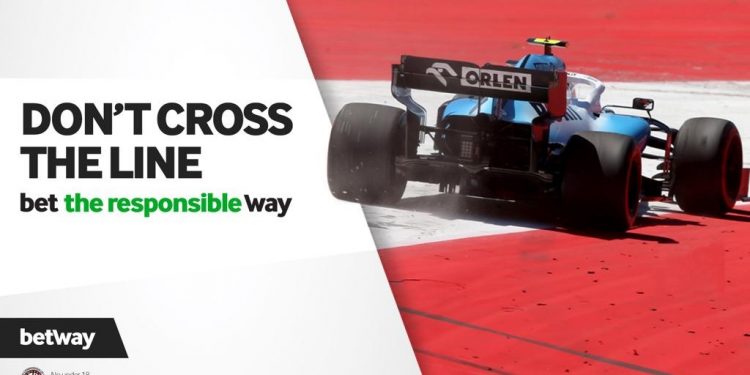 The last 48 hours will go down in history as one of the most iconic times in Ghana betting history after a twitter user, @Oswaldtheson, trended for days for apparently winning bet slips spanning two days straight.

A successful Tuesday night of betting in the Champions League was followed by a similar feet on day 2 of Europe’s biggest club competition.

When people found out, his twitter followers spiked out of control, moving from 14,000 followers to nearly 60,000 in just 24 hours, all of them hoping for a lucky day 3.

His telegram group had more than 20,000 people joining just few hours after he created it, lots of them newbies looking to make a quick cash.

Well, that did not happen. Oswald’s picks bombed and quite a number of people called him “fraud” out of frustration.

Betway is currently on a campaign to promote responsible betting.

Here are 7 tips to help you manage your passion:

YOU WIN SOME, YOU LOSE SOME

Truth is that you’re not going to win half the bets @oswaldtheson gives you. You probably won’t win 90% of them. But you’ll win some and when you do, it’s an amazing feeling. It’s just how the game works. He’s been through it, everyone has. It’s normal. There is no single punter out there who has won more bets than he has lost. It is just the way it is.

DO NOT CHASE LOSSES

One rookie mistake for a lot of newbie punters is a quick attempt to recover monies invested in lost bets. They do this by quickly selecting what they deem an easy game or cheap odds hoping for something small. It doesn’t work. You will just end up losing more bets. You need to take your time, be patient, study the games, regroup and go again another time. Once you lose, keep your mind sane and don’t go splattering cash around trying to win a quick recovery bet. Chances are that you won’t win it.

BET WITH MONEY YOU CAN AFFORD TO LOSE

Instead, set a budget. The majority of people who bet on football do so responsibly. They might lose money, but losing money in itself is not a problem if it’s affordable. Betting on football, like any form of gambling, is as much about entertainment as it about winning money, but it is important to ensure that the expenditure is controlled.

DO NOT GET GREEDY

When you’re experiencing win after win after win, it’s natural to feel like you’re going to keep on winning for the foreseeable future.

Unfortunately, most winning runs come to an end sooner rather than later. There’s no reason why you can’t win money consistently over the long run, but really hot streaks are a rarity and they’re not going to last forever.

Therefore, it’s important to resist the temptation of increasing your stakes every time you’re on a very good run. Keep them at a sensible level, because if the results start going against you then your winnings won’t disappear as quickly.

DO NOT BET ON YOUR FAVORITE TEAM

There are always plenty of other games going on, so try to avoid those where you have a personal interest. If you feel like you absolutely have to bet on them, at least stake less than the normal amount.

The vast majority of sites offer all new customers a sign-up bonus of some description, and these sign up bonuses usually provide some genuine added value.

Betway for example have a 50% offer on all first deposits of more than Ghs 200.

It’s possible to take full advantage of this value just by signing up on Betway.com.gh and claiming the relevant sign-up bonuses. This is something you should definitely do.

If you’re not familiar with the term, it’s basically a form of betting that allows you to place wagers on sports events AFTER they’ve started. So you can sit down and watch the start of a football game, for example, before deciding where to put your money. This gives you some additional information to work with, which can, in turn, make it easier to make good decisions.