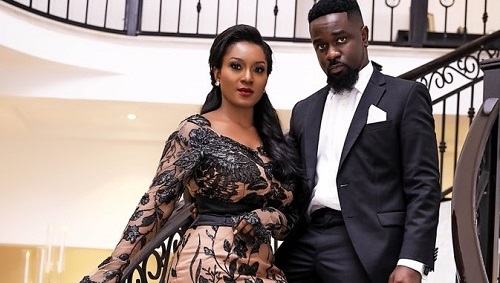 Tracy Owusu Addo, the wife of Ghanaian rapper Sarkodie, has explained why it is not advisable for her husband to sign on to an international record label.

In a recent tweet by @shawnnybills, he suggested that Sarkodie gets an international record label to distribute his songs for him.

“The only thing we for tell @sarkodie to do is to let international label to distribute his works for the international market, like what Island records did to party and bullshit, Sony/dice did to Highest album. We for enter that market,” he tweeted.

However, in a string of replies to the discussion, Tracy explained that one loses the rights and a very large portion of their own streaming revenue if their music is distributed by a major record label.

“So you got ask yourself, is it worth it to be paid off a lump sum of money at once and then the label “eats” from your work for eternity or do it yourself and actually earn from your shows and streams in for the rest of your life?” she asked.

According to her, “all the big artists you see are paid off for their work which is good… but what is 1 million or even 10million dollars worth in 10yrs? Simple math… A million for a yr is ca. 83k a month and a 10mill in 10yrs is a million a year… what shows you can’t even that money &…”

She also noted that a label you get the clout, recognition and numbers but that necessarily translate into money in the money an artist gets into their pockets.

“That’s why you see a lot of artists still become broke after having so much success later on in life. Someone who owned 100mill can still be broke with all his/her business, how much more someone who is paid off,” she added.

Tracy further stated that even with the lump sum payments that are given to the artistes by the record label, the artiste still has to pay for their own expenses “like the private jet and cars and houses you see these artists riding around in… so at the end koraa might end up owing the label ooo!!!”

BTW even with the lump sum payment you are given by the record label, you still have to pay for your own expenses like the private jet and cars and houses you see these artists riding around in… so at the end koraa might end up owing the label ooo!!!

She, therefore, admonished music lovers to appreciate Ghanaian artistes who are single-handedly running their music business.

“So please guys let’s big up a lot of our Ghanaian artistes because they are doing this alone with mostly no help but just pure talent. Hardly anyone invests in them although we got so many rich ppl in this country and no industry structure!

So please guys let’s big up a lot of our Ghanaian artists because they are doing this alone with mostly no help but just pure talent. Hardly anyone invest in them although we got so many rich ppl in this country and no industry structure!

Do you guys know it’s even a plus for Ghana that Sark who is on his own label is still be compared to and held to the same standards as artists who are signed to major record labels? And he’s a RAPPER ooo not AFROBEAT artists!!!! Check that!!”

That notwithstanding, the wife of the celebrated rapper believes signing to a label is not bad.

She acknowledged that for an up and coming artiste, it might be a better option especially if the artiste has nothing to lose. 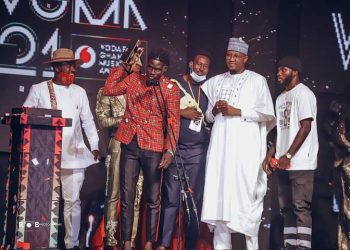 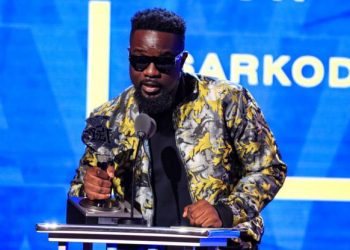 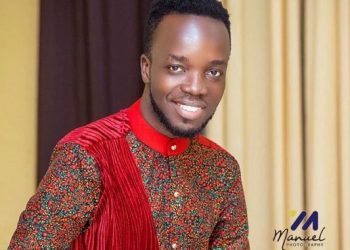