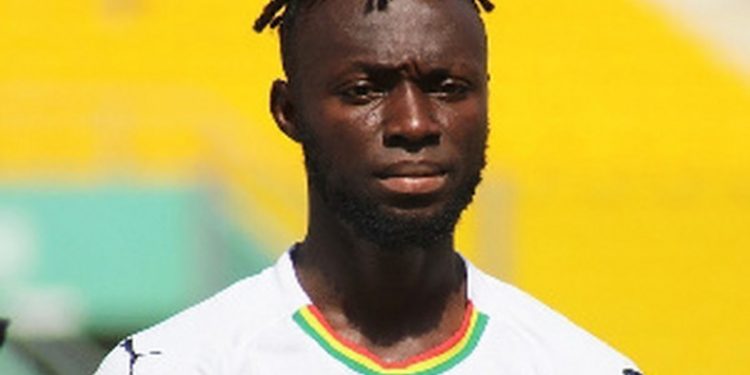 An Accra High Court has ordered football academy, Sporting Club in Accra and its Coach and President, Fiifi Parker Hanson, to pay an amount of 62,500 Euros to Spanish Football Association-licensed agent, Jose Andres Rosagaray Arenillas, as commission on the transfer fee they received for Black Meteors striker, Kwabena Owusu, in his move to Spanish side Leganes.

The club entered an agreement with Mr Jose Arenillas in 2016 to find Kwabena Owusu a football club in either Spain or Portugal and provided him with a letter of authorization to facilitate the assignment.

The parties agreed to a 25% commission for the intermediary should he help the player secure a club.

The court found that the club and its President acted contrary to the terms of the agreement by contracting another agent to do the same job it had provided “exclusive mandate” to Mr Jose Arenilla to undertake, while the contract subsisted.

Sporting Club argued that at the time of engaging the other agent, its contract with Mr Jose Arenillas had expired.

The plaintiff, Mr. Arenilla, however produced evidence which backed his claim that he had a valid agreement with Sporting in place when the new agent was engaged to do exactly what he was originally supposed to do.

According to the facts, Jose Arenillas, following the agreement, facilitated the movement of the player from Accra to Spain in March 2016 by footing all expenses including flight tickets, travel documentation and the general upkeep of the player.

Through the agent, Owusu went ahead to have trial stints with Racing Santander and Alcorcon but could not secure a permanent deal with either club.

Despite the exclusive mandate contained in the Jose Arenillas’ letter of authorization which was valid until June 30, 2018, Sporting Club went ahead to sign an exclusive deal with another agent to undertake the same task already assigned.

But the club contended that the arrangement with Jose Arenillas expired on June 31, 2017 and so it was entirely in its power to have engaged another agent, who eventually secured the player a permanent move to the Leganes Club.

It submitted that since Jose Arenillas’ letter of authorization had expired, he had no right to demand that commission be paid to him for the transfer.

The Court upon analyzing the evidence, ruled in favour of Jose Arenillas on the basis that he was able to prove his case that the letter of authorization was valid till June 30, 2018.

This meant that at the time of Owusu’s move to Leganes, he was the agent with exclusive mandate and the one to benefit from the 25% commission fee.

Sporting Club’s evidence that Jose Arenillas’ agreement elapsed on June 31, 2017 did not impress the Court as it was pointed out that the agreement could not have expired on the said date since June did not have 31 days.

“This is what the defendants rely on to insist that the said letter of authorization expired on June 31, 2017. It must be stated that since June has only 30 days, an authorization alleged to expire on June 31 cannot be relied on as a legally binding contract. As stated, the evidence of the 1st defendant under cross-examination confirms the plaintiff s case I therefore find as a fact that the 1st defendant furnished plaintiff with a letter of authorization expiring on June 30,2018,” Justice Georgina Mensah-Datsa said.

The Court concluded that Jose Arenillas was entitled to 25% of the transfer fee of the player as there was a standing agreement between the two parties.

A cost of fifty thousand Ghana cedis (GHS50,000) was awarded against the club.