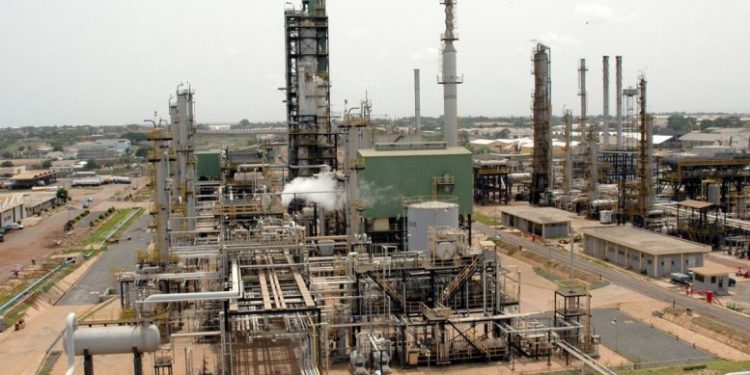 The Tema Oil Refinery (TOR) has signed an agreement with Woodfield Energy Resources to process a tolling 11 million barrels of crude,  Isaac Osei, Managing Director of TOR, has revealed.

Mr. Osei said Woodfield Energy Resources’ long history with the Refinery and its knowledge on energy business in Ghana and Africa originated and led the transaction that would ensure that TOR continues the processing of crude oil into the foreseeable future.

Mr. Osei explained that under the tolling model which the Refinery is currently operating, his outfit processed crude oil for or on behalf of third parties at a fee, adding that this arrangement placed minimum or no risk at all on the refinery as the processor since the crude oil would be purchased, transported and marketed by the third party.

“TOR which hitherto was in the news for lack of crude, has continuously processed circa four million barrels of crude oil out of a total of 11 million barrels since August 2019,” he disclosed.

He added that TOR was also negotiating to sign similar tolling agreements with other international traders like Gemcorp, BP, and other traders stating that the developments were a result of guarantees on plant efficiency and effectiveness.

“After a careful diagnosis of TOR’s challenges, the Board and Management met with the workers and charged them to work in an efficient manner in order to restore the company to its glory days and I’m happy to announce that with this new operating philosophy at TOR, our trading partners have realized that TOR is technically viable and could indeed give them value for money with the right structures in place, “Mr. Osei indicated.

He explained that TOR’s new philosophy of ‘operating efficiency’ was centered around the Refinery’s Utilities section (Power House), which is the power generation hub of the refinery adding that currently, his outfit uses Refinery Fuel Gas (FG) which is generated as a by-product of the refining processes at Residue Fluid Catalytic Cracker (RFCC) and Crude Distillation Unit (CDU).

He stated however that even though the fuel gas generated at TOR was inadequate to fire the various heaters in the refinery, the shortfall, was augmented with Fuel Oil in the form of Atmospheric Residue (AR) or Cracked Fuel Oil, which is a high value product, a situation Mr. Osei observed used to erode the refinery of its profit margins.

According to him, to surmount this challenge, the commerce and technical teams of the Refinery ensured that TOR came up with both long and short term strategies which involved negotiating that all processing agreements with third parties catered for the challenge of using AR to power the boilers in the refinery as well as the setting up of a technical team which has presented an actionable plan to link TOR to VRA (Volta River Authority) to tap gas from the WAPCO (West African Gas Pipeline Company) pipeline to fire the furnaces and boilers instead of using Fuel Oil”.

Touching on the Refinery achievements since he took over its management, the MD recounted that the plant prior to his appointment had missed three cycles of scheduled shut down maintenance which affected its reliability and performance stating that the Board, therefore, decided to embark on the much needed shut down maintenance to improve upon the performance and reliability of both the CDU and the RFCC.

Mr. Osei indicated that TOR had chalked a number of achievements including the full payment for a 120tph Steam Boiler which would increase steam generation capacity for plant operations and ensure the reliability of the Refinery’s utility system.

He said the Boiler which arrived in Ghana in October 2018 was currently being installed and was expected to augment TOR’s power generation activities upon its commissioning by the year 2020.

He commended the government for the developments in his outfit revealing that with the support of the government, “TOR has completed the payment for its second heater and our capacity would be restored to the nameplate capacity of 45,000 bpsd, by the end of the first quarter of 2020.

This means TOR will be able to refine 1 million barrels of crude oil in just 22 days thereby making room for more companies to refine their crude oil at TOR,” he said.