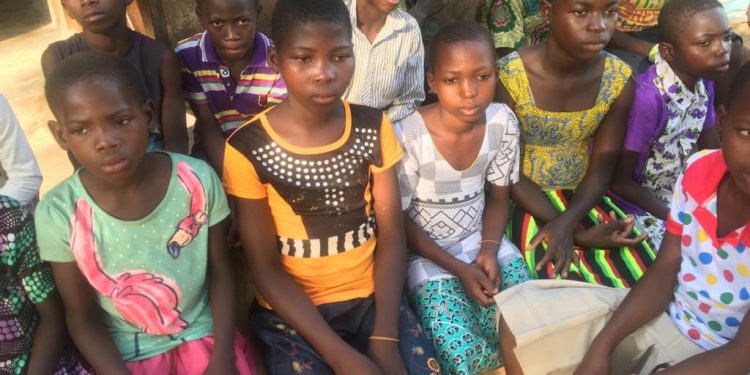 The chief of Nanbeg, a farming community in the Jirapa municipality of the Upper West Region, Naa Mathew Ansoanuur has commended PreNet North Ghana, a non-governmental organization for enrolling 2,025 in schools.

The chief made the commendation at a ceremony in the community to launch the “The Stage Project” which marks the commencement of classes for the vulnerable out of school girls in the Jirapa, Nadowli and Daffiama Busie Issah districts of the region.

He said in spite of government interventions, many girls in the area are unable to access formal education due to socio-cultural practices such as forced marriage.

“Our own attitudes are the reasons why these girls could not go to school. Some parents preferred to give out their girls for marriage instead of allowing them to go to school.”

The chief charged parents to support the “Stage Project” and desist from all negative cultural practices that hinder the education of the girlchild.

The country director of ProNet North Ghana, Martin Dery charged parents in the region to see the education of their girls as a collective responsibility.

Metin Dery explained that the project will enrol a total of 10,125 vulnerable out of school girls within the five year period of its implementation in the “formal track” where they will be taught in their mother tongues until they progress into the formal school system.

Another 1,125 who will be enrolled within the period in the “non-formal track” according to the director, will go beyond to have skills training that they can apply to ensure their vulnerabilities are reduced in society.

The Jirapa municipal education girlchild coordinator, Sophia Jakpa expressed worry over the incidence of girlchild marriages in the municipality.

According to her, over 20 such cases have been recorded this year.

Available records from the Upper West regional department of children indicate that over 20,000 children of school-going age are currently out of school while more than 1,000 schoolgirls get married before they complete their Junior High education, according to the regional education directorate.

The Stage Project is implemented by World Education Inc. Ghana with support from PWC and funded by the UKAID.