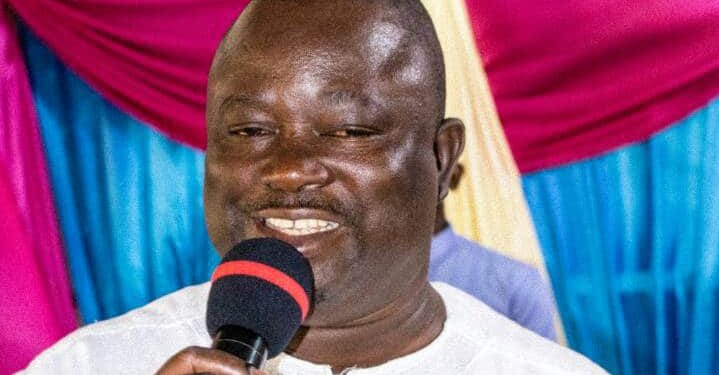 The Deputy Oti Regional Minister, Maxwell Blagogee, is promising to engage residents of Lolobi and some parts of Akpafu who are fighting their inclusion in his region.

He is hopeful that the meeting will identify areas of remedy and find the way forward to the concerns raised by the indigenes.

The Chiefs and people of the towns have protested their inclusion into the Oti Region arguing that they had not signed any of the petitions presented to the government for the creation of the region and therefore see no reason for their forceful inclusion.

Speaking on Eyewitness News, he indicated although he believes the inclusion of the communities into the Oti region followed the due process through the referendum, it will only be fair to engage the aggrieved community.

“We have gone through the process by a referendum, the results came out, the law that established the region is in place and the Oti Region is in place. So, it is not as if somebody is taking them from Hohoe because there was a petition.”

“It is possible for individuals who will not be happy but I can say that the majority of them voted and the process went through. But we have met with them on the process leading to the creation of the Region and a new district for them. We have spoken to them and if they are still not happy we will still engage them.”

These areas also abstained from the referendum that gave backing to the creation of the Oti Region.

Last September, the two traditional areas sued the Electoral Commission (EC) over what they term as “unlawful deletion” of their areas from the Hohoe Municipality.

According to Nana Akoto Masakyi III and Nana Tetteh- Attu IV, the EC in laying the Districts Electoral Areas and Designation of Units Regulations, 2019 before Parliament placed Lolobi and Akpafu under a newly created Jasikan district contrary to the 1992 constitution and Local Governance Act 2016.

They argued that the EC had no power to create districts.

The chiefs also wanted the tribunal to restrain the EC from forcibly removing Lolobi and Akpafu traditional areas from the Hohoe Municipality.

“The defendant’s action of placing Lolobi and Akpafu under the new Jasikan District is in bad faith because it is calculated to undermine steps being taken by the chiefs and people of Akpafu and Lolobi traditional areas to reverse their unlawful inclusion in the Oti Region.”

“The defendant is also aware of the fact that the chiefs and people of Lolobi and Akpafu did not petition the President/Commission to be included in the new region. On the contrary, the chiefs and people of Akpafu have consistently maintained (since 1945) that they did not want to be part of the Jasikan/Buem District or Constituency nor Oti Region.”

They were, therefore, seeking a declaration that “the [Electoral Commission] has no power to create a district in Ghana.”