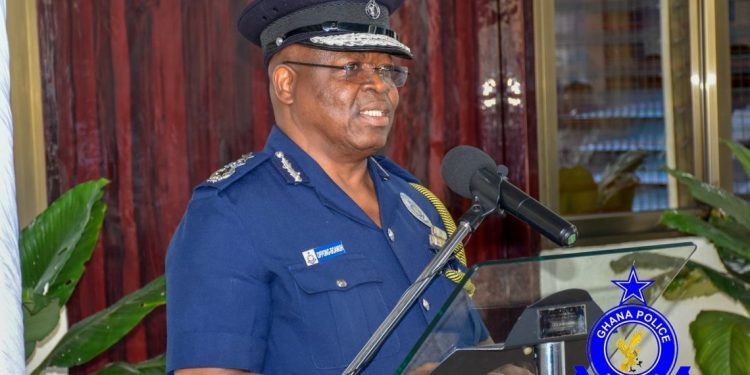 The Inspector-General of Police (IGP), James Oppong-Boanuh, has expressed the unflinching commitment of the Ghana Police Service to protecting every citizen without bias, ahead of the general elections in December 2020.

He said the work of the Police was to protect the citizenry and the country by curbing every criminal attack on citizens as well as personnel of the security.

“We are committed to our mandate to protect and preserve internal security of the country through law enforcement as part of our vision to become a world-class Police Service capable of delivering planned, democratic, protective, and peaceful services up to the standards of international best practice.”

“This is geared towards our resolve to ensure crime prevention and detection, apprehension, and prosecution of offenders, consistent with the expectations of Ghanaians for safe, secure and peaceful communities.”

This was contained in a speech read on his behalf by Commissioner of Police (COP), Paul Manly Awini, the Central Regional Police Commander at the third public lecture and launch of violence-free election 2020 put together by the Centre of Awareness and Global Peace Mission in Cape Coast. It was on the theme “targeting youth and leadership across the globe to achieve peace worldwide through education.”

The IGP charged all police personnel to change their attitude to work and be more professional in dealing with the public by being robust but within the laws in their efforts to resolve violence and in addressing unprovoked attacks in the country.

Stakeholders were also encouraged to continue preaching peace to sustain the current peace being enjoyed and reminded all the security agencies to be well prepared to deal with any person that would want to foment trouble before, during and after the election. For that to be achieved, he called on the general public to assist police in combating crime since policing was a shared responsibility, pointing out that the successes so far chalked by the Police could not have been possible without the public and other security agencies and commended all for their support.

For his part, Sheikh Aremeyaw Shaibu, the Spokesperson of the National Chief Imam, who read his speech appealed to Ghanaians to avoid any pre-disposition in political party campaigns that could make Ghana an ungovernable country. He advised political parties, supporters and sympathizers, to adopt measures that would lead to the avoidance of violence and other negative disturbances. Political campaign, according to him, was not about insults or “I must win by all means”; it was about floating ideas and issues that would convince the
electorate to vote for them.

He said his office in collaboration with all the security networks in the country would do everything under their power to ensure a well organized general election in December next year and appealed to all stakeholders to play their roles responsibly to achieve that target.

He appealed to chiefs and all religious bodies throughout the country to use their positions to educate the youth against practices that could plunge the country into a state of insecurity.