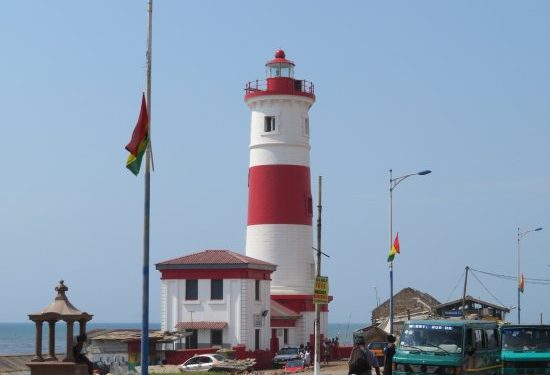 One year after the President Nana Akufo-Addo cut sod for the construction of the Jamestown Fishing Harbour, work is yet to start.

The Chinese contractors who are to do the construction of the complex are expected to arrive in the country next week for work to commence.

The project which has witnessed five sod-cutting ceremonies by previous governments with the recent being in December last year.

The sixty-million dollar Chinese grant project is expected to create employment for residents of Jamestown and boost trading activities and increase revenue not just for residents but for the country.

Speaking to Citi News, some residents expressed their frustrations about the delay in the construction of the harbour and were optimistic about the prospects of the project on their livelihood.

“We do get fishes but we do not get the cold store to preserve the leftover when we are not able to sell. We dry them and they become waste afterwards. Ever since we were informed the harbour will be constructed, nothing has taken place yet. If we get the cold store in the harbour we would be able to store the rest of our fishes but till now we have not seen anything. The heat from the sun destroys the fishes so we end up drying them and with that option too, when it rains, they get washed away by the rain.”

Another resident complained about a continuous demolishing of structures, yet there has not been any progress in the construction of the harbour.

“The harbour will really help because from Edina to Apam there has been the construction of a sea defence wall. We are just hoping he is able to construct this harbour. The challenge is with the demolition of the structures here which has affected so many of the fishermen because when it rains we do not get any place to seek refuge but all lies in the hands of our maker.”

The residents claim that over the years, various governments have promised the construction of the harbour, however no work has been done.

We were promised a fishing harbour. They initially demolished the structures here but they did not embark on the construction. We recovered our losses and we have them promising us again. They engaged in another demolition of structures despite our plea for them to halt it. We do not get anywhere to stand when it rains and our belongings get perished in the rain.