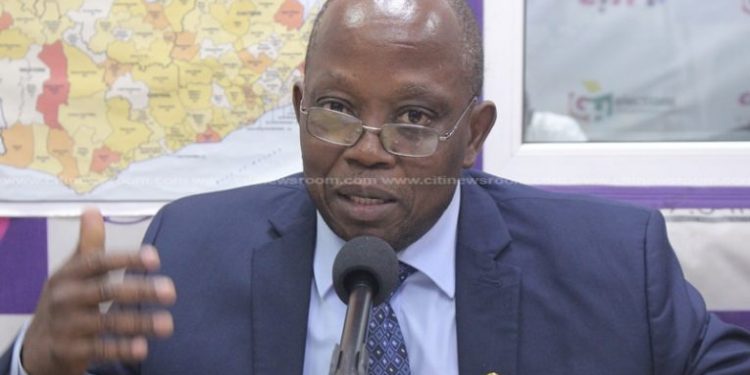 The Auditor-General on Wednesday outlined moves to tighten the noose around audit for the 2019 financial year to include the declaration of assets and liabilities of public office holders in line with the 1992 Constitution.

In a statement, the Auditor-General said the move was to ensure the compliance of all public institutions with the provisions of Article 286 of the Constitution and Public Office Holders (Declaration of Assets and Disqualification) Act,1998 (Act 550).

It has consequently notified the public, especially public servants that staff of the Ghana Audit Service and Firms auditing on behalf of the Auditor General would carry out these activities as part of the audit of the 2019 financial year.

The list of those who are required to declare their assets and liabilities are; the President; the Vice-President; the Speaker; Deputy Speaker; and a Member of Parliament; and Minister of State or Deputy Minister.

Others are: the Chief Justice; Justice of the Superior Court of Judicature; Chairman of a Regional Tribunal; Commissioner for Human Rights and Administrative Justice; and the Deputies.

The rest includes all Judicial Officers including members of the Regional Tribunals; Ambassador or High Commissioner; Secretary to the Cabinet; Head of Ministry or a government department or equivalent office in the Civil Service.

Officers in the Armed Forces seconded to civilian establishments and institutions; members of the Tender Boards of the Central, Regional and District Assemblies; officials of the Vehicle Examination and Licensing Division not below the rank of Vehicle Examiner; and Presidential Staffers and Aides.

The rest are Chairman, Public Service Commission and the deputies; Head, Office of the Civil Service; persons who are heads of accountants in, internal auditors in, procurements officers in, and planning and budget officers in, finance and procurement departments of government ministries, departments and agencies, District, Municipal and Metropolitan Assemblies.

An officer in any other public office or public institution other than the Armed Forces, the salary attached to which is equivalent to or above the salary of a Director in the Civil Service of GH¢4,592.00 a month effective 1st January 2020.