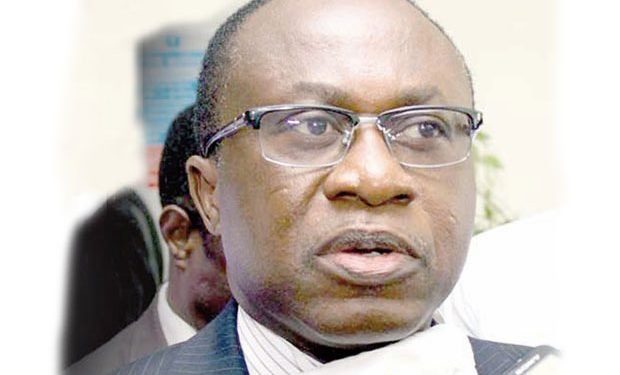 The first accused person in the trial of some former officials of the National Communications Authority (NCA), Eugene Baffoe-Bonnie has petitioned Chief Justice, Anin-Yeboah to transfer the case to a different judge.

Eugene Baffoe-Bonnie is standing trial together with four others for allegedly embezzling four million dollars from the National Communications Authority.

However, in the petition dated 20th January and sighted by Citi News, Mr. Baffoe-Bonnie alleged that the trial judge, Justice Kyei Baffour has shown a glaring biased behaviour and fears he may not get a fair trial.

Excerpts of the petition read:

According to Mr. Baffoe-Bonnie, Justice Baffour’s on several occasions decided to relieve the prosecution of the obligation to be heard on matters.

The Judge, according to Mr. Baffoe-Bonnie has in many ways told him that he would not be given a fair chance as far as he presides over the case, adding that the Justice plainly descends into the arena of conflict, expresses opinions and takes positions favourable to the prosecution by waiving the need for the prosecution to even respond.

He added that comments from the Judge that “he represents the state and therefore will not tolerate these foolish applications” from his defence counsel left him virtually confused.

“I write to humbly request that in the exercise of your constitutional and statutory power as Chief Justice of the Republic of Ghana, you transfer the suit from the High Court presided over by His Lordship Mr. Justcie Eric Kyei Baffour to another Justice for the continuation of hearing”, the petition requested.

Mr. Bonnie and four others are standing trial for fraudulently withdrawing some US$ 4 million from NCA accounts without justification.

Reports indicate that an Israeli company, NSO Group Technology Limited was contracted to supply the surveillance equipment at the cost of $6 million, to enable National Security monitor conversations of persons believed to be engaged in terrorism.

IDL was also reportedly charging $2 million to facilitate the transaction, bringing the total sum to $8 million.

But the three, through the said contract, allegedly withdrew $4 million from the accounts of the NCA and have failed to account for it.

But only $1 million was allegedly paid into the accounts of the Israeli company.