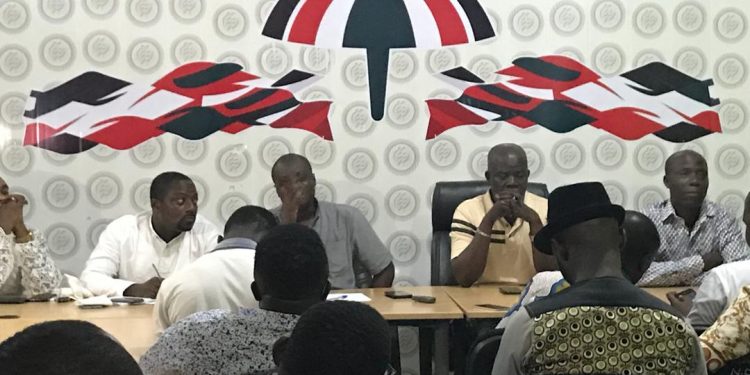 The Western Regional office of the National Democratic Congress has refuted claims by the government that two separate projects under the One-District-One-Factory (1D1F) initiative have been completed in the region.

Western Regional Organiser for the NDC, Japhet Baidoo, speaking at the party’s New Year interaction with journalists in Sekondi said, the KEDA Ceramics Company Limited which is part of Twyford Ceramics was constructed under the John Mahama administration before 2016 which can only be a false claim to be classified as a 1D1F project.

Mr. Baidoo who added that the NDC government quietly ensured more creation of industries in the Western Region however urged journalists not to allow such lies to be paraded by the government.

“As media men in the Western Region, you should be concerned with what is going on in the region. If you are in your studios, your offices and you hear that His Excellency the President and the government is claiming that there are certain one district one factories which have been established in the Western Region, and you know it is not true, you cannot keep quiet because you are not NDC.”

“If you speak the truth and the government becomes more conscious about what he’s doing and they come and focus on establishing two or four of the factories in the Western Region, we will all benefit. We sometimes hear that them saying that they established KEDA Ceramics in Shama which is 1D1F, it’s not true. We beg you to spread the truth.”

The Western Regional Chairman of the NDC, Nana Toku who was also present called on journalists to embrace its privileged position of being the gate-keepers and commit to their core mandate of speaking for the citizenry when it matters most.

The government recently published a list of 1D1F factories which included KEDA Ceramics Company Limited, producers of Ceramic Tiles from clay in the Shama District with 2,792 employees, out of which 600 are direct employes while 2,192 are indirect.

The publication also mentioned Feanza Industries at Ellembele which processes Coconut oil which employs 1,660 with 160 direct jobs and 1,500 indirect jobs.