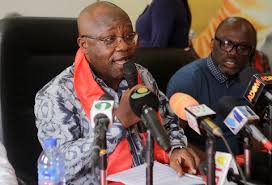 The Ghana Union of Traders’ Association (GUTA) has advised its members to defer any plans to travel to China until the Coronavirus outbreak disease is brought under control.

In a press statement issued today, 28th January 2020, GUTA said its members should find other means of transacting business other than traveling to that country until the outbreak is brought under control.

“The Ghana Union of Traders’ Associations (GUTA) wishes to advise members of the business community, especially, traders who intend or are preparing to travel to China for business or any other thing, to hold on if possible to do their business-related and other communications on the internet until the case of the outbreak and spread of the respiratory illness as reported in the media is brought under complete control”.

GUTA also admonished its members who have returned recently from or are returning from a trip to China and its environs to visit the nearest hospitals for diagnosis immediately they feel any symptoms.

“For those who have recently returned or are returning from a trip to China and its environs should carefully observe themselves and report to the nearest health facility immediately they start feeling any symptom of the disease as stated by health officials, for early diagnosis and treatment.”

The association urged the general public to listen and comply with the directives issued by health authorities.

“We urge everybody to listen and comply with directives issued by our health authorities in the country”.

The virus, known also as 2019-nCoV, is said to be a new strain of coronavirus that has not previously been identified in humans.

The number of total confirmed cases has risen to 4,515 as of January 27.

CNN reports that the virus was first detected at Wuhan and has spread to other Chinese provinces and other countries including Thailand, Japan, South Korea, Taiwan, and the United States.