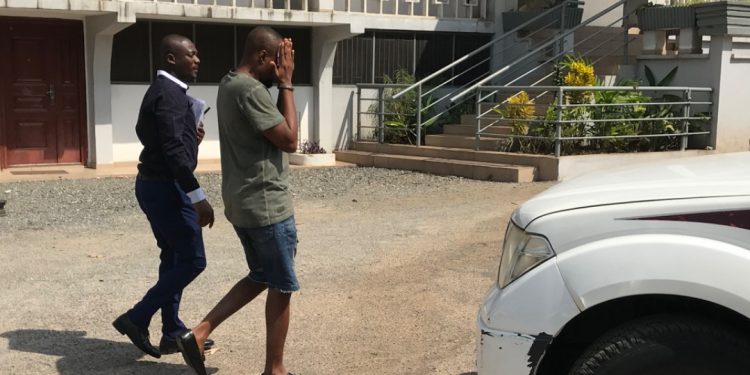 A self-styled journalist, Joseph Ofosu, who has been personating Eugene Arhin, the Director of Communications at the Presidency for nearly two years in Accra and Koforidua, has been arrested and charged with three counts of defrauding by false pretence.

Appearing before the District Court presided over by Magistrate Rosemond Agyiri, the accused person pleaded not guilty to all three counts of defrauding by false pretence contrary to section 131 of the Criminal and Other Offences Act (1960), Act 29.

Police prosecutors did not oppose the bail application by the defence team while the Magistrate, Rosemond Agyiri, admitted the accused person to bail in the sum of GHS 10,000.00 with two sureties.

The Court also ordered the accused person to surrender his passport to the registrar of the Court as well as report himself to the Bureau of National Investigation, BNI, every Friday.

The court subsequently adjourned sitting to February 11, 2020, for the case to take its natural course.

According to the brief facts of the case Eugene Arhin, Director of Communications at the Presidency is the complainant. The accused person Joseph Ofosu alias Nartey is a journalist and lives in Koforidua, the regional capital of the Eastern Region.

During the month of August 2019, the complainant reported to the Bureau of National Investigations (BNI) that some unscrupulous person(s) using phone numbers 0244-446852, 0244215375, 0550796640, 0244372529 and 0248471171, has been using his name to defrauding unsuspecting people under the pretext of securing them auction cars, and appointing or nominating them as Metropolitan/Municipal/District Chief Executives (MMDCEs) in the various assemblies whose MMDCEs would be affected by the President’s imminent shake-up/reshuffle in the months ahead.

Investigations conducted on the mobile numbers and in particular 0244215375, 0244785031 and 0550796400 revealed that they are registered in the names of one Joseph Baah, Darkwah Alex and Hilda Hammond respectively.

Seth further received an amount of GHS893.00 in two instalments. The accused person again asked Seth Marfo to revert the said amount to him because it was a wrong deposit made to him. Seth again sent GHS798.00 to mobile phone number 0556666666.

Hilda was arrested on 19th of December 2019 in Koforidua and during interrogation, she claimed ownership of phone number 0550796400 and stated that prior to receiving the money, her boyfriend and a father to her baby boy (Joseph Ofosu, the accused) alerted her that someone was going to deposit the said amount into her mobile money account and as soon as the money hit the account she should cash it for him.

She had done that for all the monies that had hit her account. According to the brief facts, on one occasion, the accused asked her to respond to a phone call that what he (the accused) had said was true and nothing could be done in respect of the amount.

The accused made a conference call with her and the unsuspected victim where she stated what she has been told to say. The accused person denied these claims by his girlfriend. Investigations revealed that the target group/persons are officials of the New Patriotic Party (NPP) and the modus operandi is the same.

Further investigations disclosed that most of the cash received fraudulently were cashed out at “K. Larbi Ventures, Larbient and K. Larbi” mobile money vendor at Jackson Park, Koforidua. 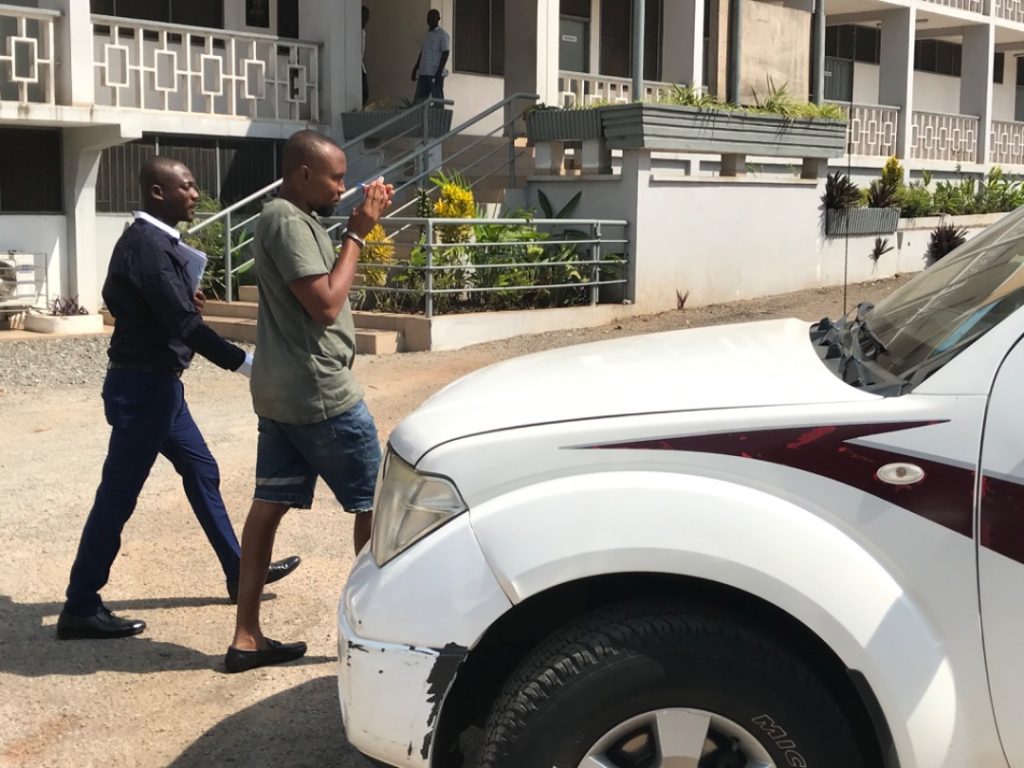