Dannex, Ayrton and Starwin to start trading on stock market after merger 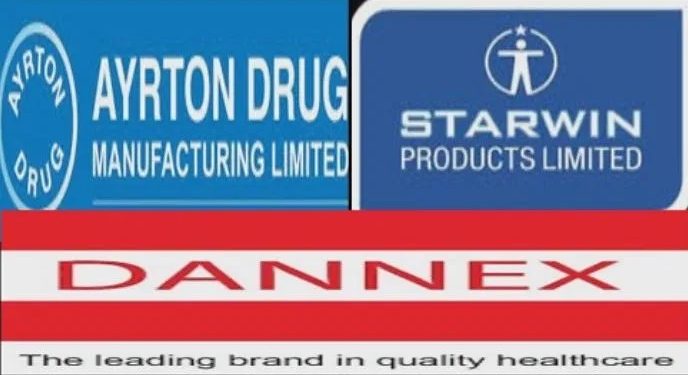 Pharmaceutical company Dannex will on Wednesday, January 15, 2020, start trading on the Ghana Stock Exchange following its merger with two other companies; Ayrton and Starwin.

It follows the approval for the deal by the managers of the local bourse.

Wednesday’s ceremony will crown a series of principal activities that have spanned over the past one week.

The process includes the exchange of shares, de-listing of Ayrton and Starwin shares on the bourse, and the subsequent trading of the shares of the newly merged entity.

Citi Business News understands that the new company will be trading under the name DAS Pharma.

The Chairman of DAS Pharma, Nik Amarteifio, in an interview with Citi Business News said he is confident of the prospect of the new entity in building Ghana’s pharmaceutical industry.

“Instead of going as a procurer into markets like China as one company, we can do so as three companies which will help us to negotiate the price and bring down costs. We can also inherit the best and brightest because you have people who have worked for you for years who in the new regime may not be as intelligent or sharp as other people in the other companies,” he remarked.

The acquisition was made through a rights issue where Dannex became the biggest shareholder of the company with 71.33 percent shares translating to 185,317,279 shares.

The CEO of DAS Pharma, Daniel Kissi also commented on plans to venture into other markets in West Africa and beyond, as well as introduce new products to help in protecting the company from adverse impact of the cedi depreciation.

“So the prime objective is to start with West Africa; however we are not averse to going to any other markets. If other markets show up like the Zimbabwe option, we are definitely going to take advantage of that. But strategically and tactically, we are going to strengthen Ghana and then the next one to two years venture into West Africa and ultimately go beyond that,” he stressed.

Following the successful listing of DAS Pharma, the Ghana Stock Exchange will be recording its forty- second company on the bourse.

I started becoming more spiritual when I suffered depression - MzVee

I started becoming more spiritual when I suffered depression - MzVee