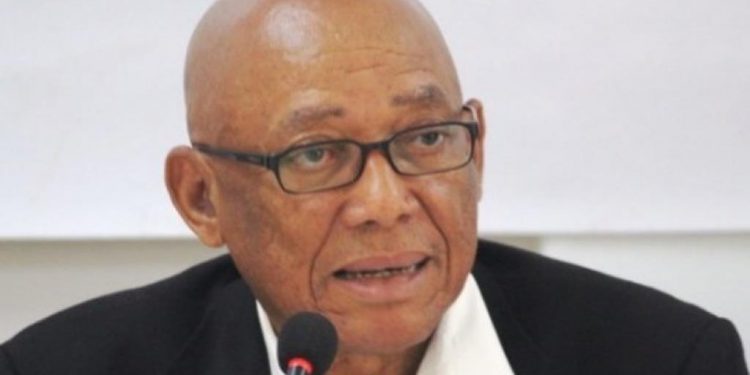 A former commissioner of the Commission on Human Rights and Administrative Justice, (CHRAJ) Justice Emile short has urged government to address the issue of corruption in the country.

His comments come after Ghana ranked 78th least corrupt nation out of 180 countries in the 2018 world corruption index.

According to him, the position of Ghana is unsettling.

“Seychelles which is an Africa country is 28th. That means we are 50 positions below their ranking.  There are other African countries that are better ranked than us. So when we are talking about corruption, it is important that we look at the national anti-corruption plan which is in three levels. First is massive education with regards to the ill and cause of corruption, prevention as well as effective investigation and prosecution of people who are implicated in corruption. This is the holistic and comprehensive approach we need to adapt but we have not been doing that,” he said in an interview with Rev Kwabena Opuni Frimpong on ‘What is Next? on GTV’.

The former CHRAJ boss also urged Parliament to expedite the passage of the conduct of public officers bill to keep the canker in check.

“The failure of all of us, including the executive and Parliament, for example, has been very reticent in passing important anti-corruption legislation. The framers of the constitution took about two decades before it was passed yet we are unable to see its implementation. The conduct of public officers which deals with asset declaration and conflict of interest which are essential elements of the fight against corruption is still there. This is a reflection of what I will say is a reflection of the lack of political will.”

A recent survey by IMANI Africa rated the government’s handling of corruption at 23.60 percent.

The Afrobarometer survey also noted that 53 percent of Ghanaians say corruption worsened “somewhat” or “a lot” in 2018.

Former President John Mahama has said that a National Democratic Congress (NDC) government under him will put in place more stringent measures to fight corruption in Ghana.

He said the approach of the current government cannot be said to be an effective fight against corruption and a government led by him, will do much better.

“One institution can make a difference and in Ghana, the Office of the Special Prosecutor, given the legal powers and authority and tenure this Parliament has given it on the initiative of the Executive, can be that difference.

Ghana’s efforts to attract more foreign direct investment may hit a snag due to corruption, some foreign missions in Ghana have warned.
ShareTweetSendSend
Previous Post