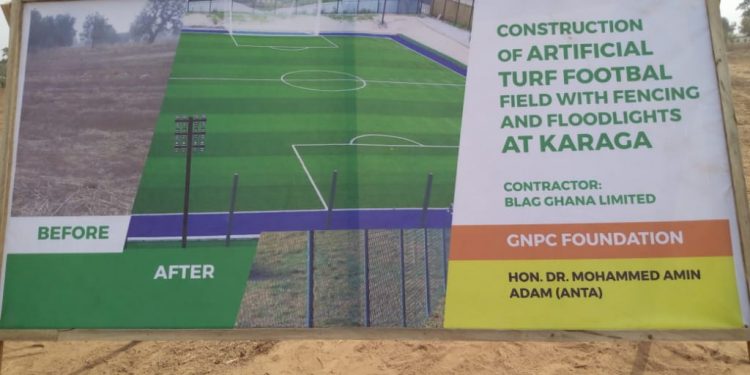 The Karaga District in the Northern Region is set to benefit from an artificial turf from the Ghana National Petroleum Company (GNPC) Foundation.

This, according to a deputy Minister of Energy and parliamentary candidate for the New Patriotic Party fin Karaga, Dr. Mohammed Amin Adam Anta, is part of his ambition to give Karaga it’s share of the national cake.

He spoke at the sod-cutting ceremony of the project in Karaga. 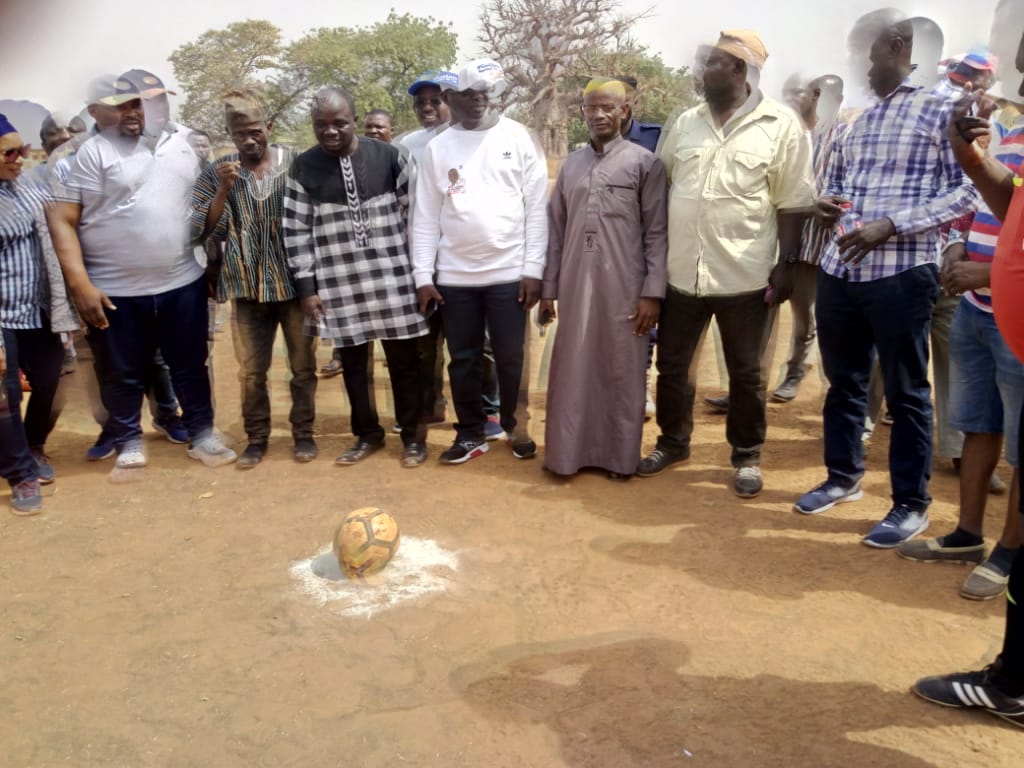 Dr Aminu said when the project, when complete, will boost football in the constituency and other surrounding areas.

He expressed hope that the Karaga team would be promoted to division one.

The project is solely sponsored by GNPC foundation but Dr Amin promised to provide seats by the turf.

The contractor of the project, Eddy Donkor, appealed for cooperation from the community and promised to complete the project in four months. 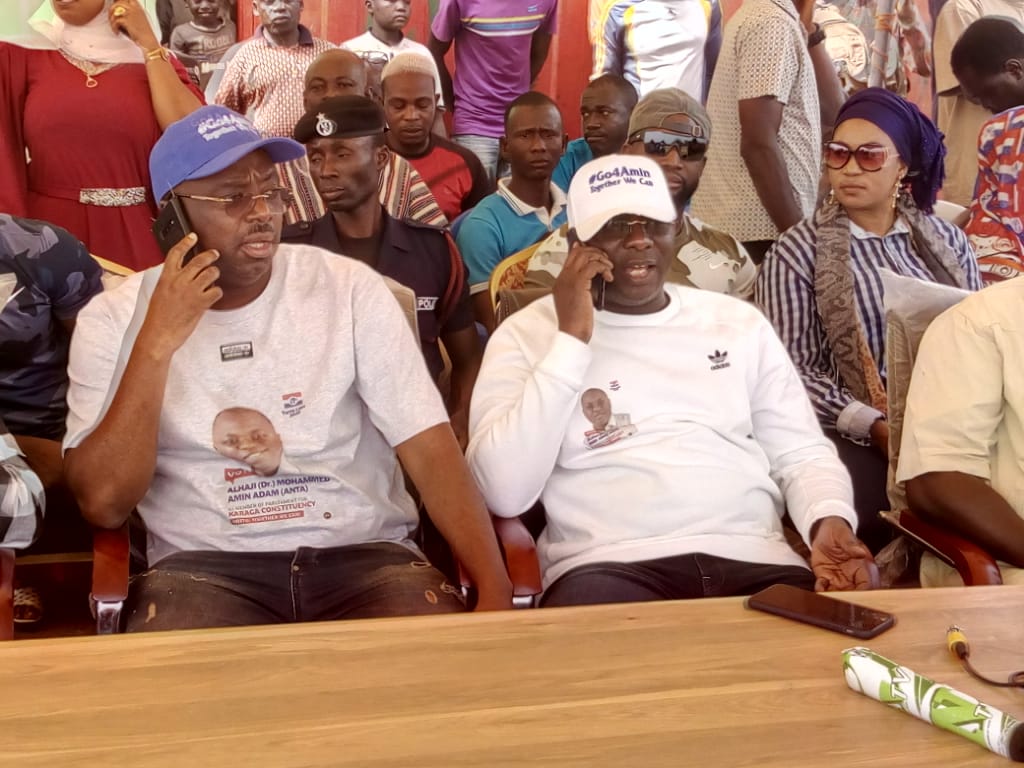 Dr Amin Anta also used the occasion to appeal passionately to the people in the area to be peaceful and love one another.

He said without peace there could not be any meaningful development.

The Minister also promised to construct a community centre for the constituency, a children’s ward in the Karaga district hospital and also to help about 6000 women in the area with microfinancing so as to help boost the living standards of the women.

On education, Dr Amin Anta promise to establish before elections Anta Educational Fund with a seed capital of GHs100,000 to help in the payment of fees of students qualifying to enter the University. 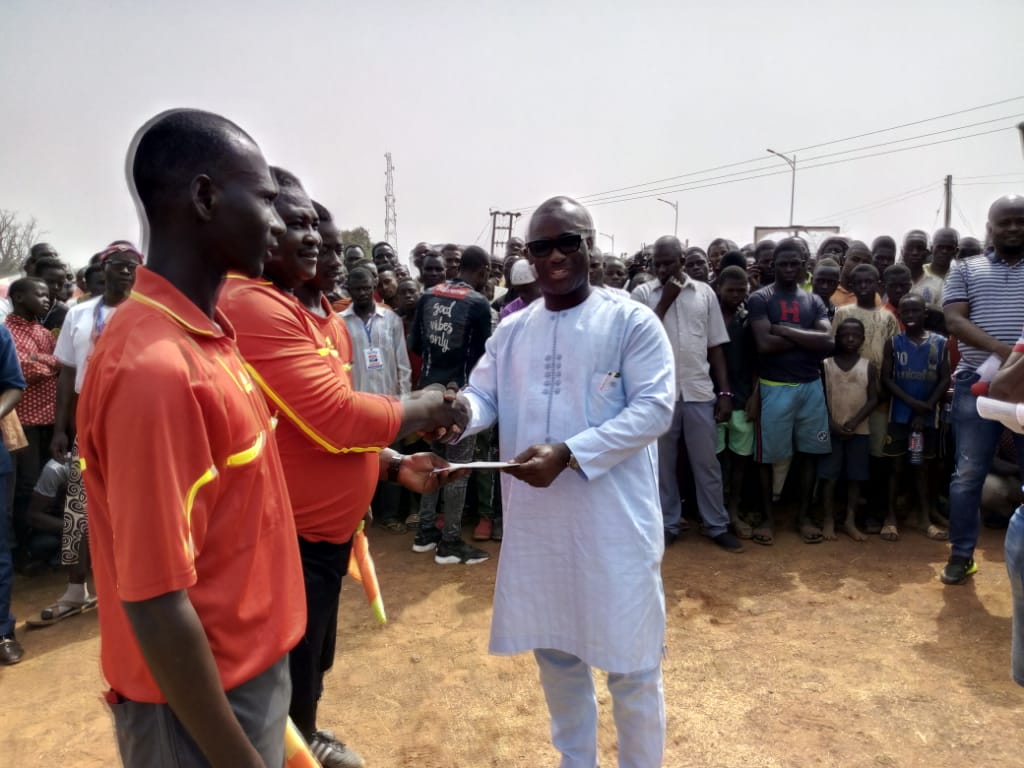 He also pledged to give every teacher in the Karaga district one laptop. He said he would by March this year start with the first one hundred teachers and if he becomes the MP, every teacher for a laptop.

Dr Amin Anta further promised the people of Karaga with an FM station.

The regent of Karaga appealed to the contractor to consider picking the youth from the area in the construction process as many of them are employed.