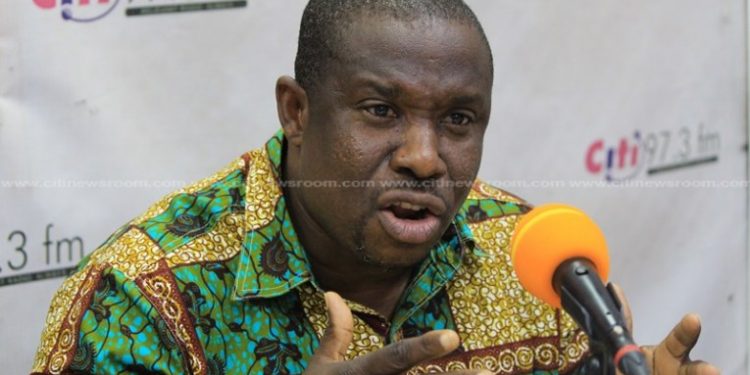 The Member of Parliament for North Dayi, George Loh has lauded the Public Accounts Committee (PAC) for causing the arrest of some two persons believed to have connived to deceive the committee.

Two officials of the Sefwi Akontombra District Assembly were on Monday arrested on the order of the chairman of the  Public Accounts Committee, Jame Klutse Avedzi.

Speaking on Eyewitness News the North Dayi legislator who is also a former member of the committee indicated that the action taken by PAC was long overdue.

“Let me start by congratulating the Chairman of the PAC for showing boldness and showing the way. This is what possibly would have been needed long ago but maybe the chairmen of that time did not point out to that direction but I am happy that something has happened. If there was anything that the PAC needed to give Ghanaians confidence in its work, it is the ability to bite. And I think that even though it is not spelt out in the Constitution explicitly in its mandate, I think that by implication, since the chairman of the PAC or the committee itself is working in the interest of Ghana, they have a duty to protect the properties of the state and therefore if they have found that someone was dealing with a property of the state in such a way that was suspicious, they have the right to report the person to the law enforcement agencies and that is what the chairman and his counterparts have done and kudos to them once again”.

He further explained that even though it was the first time the PAC was ordering the arrest of people called before it, he expected the case to be handled like every other criminal case.

Thus, the police would have to investigate the culprits and if evidence is found against them, they may be prosecuted or the police may seek advice from the office of the Attorney General for the way forward.

After first meeting officials from the assembly last week, PAC raised questions about some 62 payment vouchers that could not be accounted for by officials of the Sefwi Akontombra District Assembly.

During that meeting, the assembly was asked to recall the former District Finance Officer, who had been transferred outside the district to explain the absence of the vouchers.

“You want to hold the committee to ransom; that the two of you [connived] to try and deceive this committee…we are going to lock you up.”

“The police will take a statement from you and that statement will be used against you in the law court. We [the Public Accounts Committee] will not prosecute you. [Instead] The government will take over [this case],” Mr. Avedzi said during the sitting.

The committee is currently considering the Auditor General’s Reports for 2015 and 2016 on the management and utilisation of the District and Municipal Assemblies Common Fund and other statutory funds.

Other developments from PAC

In its first-week of the PAC hearing, Metropolitan, Municipal and District Assemblies were ordered to appear before the PAC as soon as possible or face sanctions.

The committee also sent away officials of the Weija Gbawe Municipal Assembly because they appeared before the committee without their Municipal Chief.

PAC also threatened sanctions against three district assemblies from the Volta Region; North Tongu, Ketu North and South Dayi, which failed to appear before it.