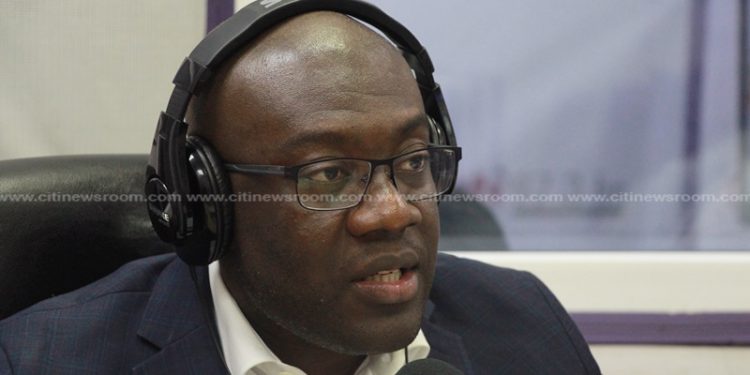 Government has set Monday, January 27, 2020, as the date to release comprehensive data on how it arrived at the 72 percent mark in the fulfilment of its 2016 campaign promises.

Information Minister, Kojo Oppong Nkrumah who made the announcement on Eyewitness News was very optimistic that this will bring to rest the doubts that have been cast on the successes of the government three years after assuming office.

He mentioned among other things, systems the government has put in place to track promises that the New Patriotic Party (NPP) did not even make but has still delivered on.

“On the 27th of January, we are going to outline in detail, first of all, what [is] in our manifesto [which] we have achieved…which constitute this 72 percent we speak about. We have a government tracking system that allows us to know which of our manifesto commitments we have fulfilled or fulfilling. Beyond that, we have the manifesto plus which deals with things that we did not even promise but are things that have been occasioned because of the exigencies of the moments [which] we have had to deal with. And so on the 27th of January [2020], we will have the opportunity to go into detail on that one and put out the whole database.”

Mr. Oppong Nkrumah re-echoed how the NPP despite the supposed bad economy it inherited from the erstwhile Mahama administration has transformed the country and assured of more improvement should President Nana Akufo-Addo be given another term in office.

“Our candidate, Nana Akufo-Addo when given [another] four years will be able to do a lot more than what he has done. But broadly speaking, we started off with a weak economy.”

The Akufo-Addo government claims it has delivered about 72 percent of promises made to Ghanaians.

According to the government, this is manifested in how it has transformed Ghana into the fastest growing economy in the world.

“After three years in office, we can say without any shadow of a doubt, that we have fulfilled at least 72 percent of the promises we made. That is remarkable for any government in its first term in office,” Vice President Dr. Mahammadu Bawumia has said.

But policy Think Tank, IMANI Africa has insisted that its assessment on the fulfilment of President Akufo-Addo’s 2016 campaign promises remains 48.7 percent.

IMANI Africa presented a scorecard on the performance of the NPP administration but the government disagreed.

The Head of Research at IMANI, Patrick Stephenson, said the President rather needs to work towards completing its projects to be able to reach the said 72 percent.

“The problem is the President’s point of response by claiming directly that he disagrees with the score and it is fine for him to do that but it appears the explanation he gives for that does not justify the claim he made. It appears to be a very dishonest interpretation.

IMANI’s findings were based on research it undertook to assess the extent to which promises the New Patriotic Party (NPP) made before the elections had been fulfilled.

“Collecting data from the 2016 NPP manifesto, all main and supplementary budgets by the government to date, annual progress reports, auditor general’s reports, reports of statutory bodies such as the public interest and accountability committee, parliamentary Hansards, websites of various Ministries, Departments and Agencies MDAs, newspapers and news portals, the results show that, the government has achieved an overall performance on executing its manifesto commitment of 48.78 percent, ” the report said.