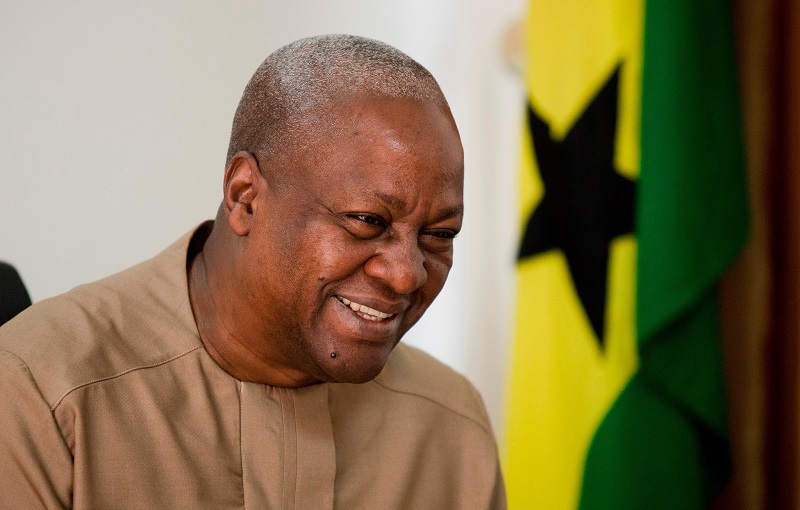 Bio of His Excellency J.D. Mahama

John Dramani Mahama is the presidential candidate for the opposition National Democratic Congress (NDC) for the 2020 election.

Having served as Vice-President from 2009 to 2012, he took over as President in July 2012 following the demise of then-President, John Evans Atta-Mills. Mr. Mahama contested the December 2012 election which he won to become the fourth president of the fourth republic of Ghana.

He is a politician, historian, writer, and a communication analyst.

Born on November 29, 1958, he represented the people of Bole Bamboi (Northern Region) in Ghana‘s parliament between 1997 and 2009. Within this period, he also served as the Communications Minister from 1998 to 2001.

He is the first President of Ghana to be born after independence. He is also the first president to ascend the highest office of president from a vice-presidential position.

In 2016, he was beaten by Nana Addo Dankwa Akufo-Addo at the polls.

His defeat in the 2016 election made him the record holder as the first-ever incumbent president to have lost his re-election bid.

During the 2012 election, he won with 50.70 percent after beating off the 47.74 percent of his contender, Nana Akufo-Addo of the New Patriotic Party (NPP). However, his victory was challenged at the Supreme Court by the NPP amidst accusations of electoral irregularities and malpractices. The petition was heard for eight months after which it was dismissed by a majority decision.

But, 2016 saw his defeat after Nana Akufo-Addo beat him with 53.5 percent. Mr. Mahama polled 44.4 percent translating into a loss of over a million votes.

John Mahama is a graduate of the University of Ghana with a bachelor’s degree in history, and a postgraduate diploma in communication studies.  He obtained a postgraduate degree in social psychology (specialization) from the Institute of Social Sciences in Moscow in the Soviet Union.

John Dramani Mahama is married to Lordina Mahama with whom they have five children.

He has written a number of books and other journals, popularly amongst them being ”My First Coup d’État: Memories from the Lost Decades of Africa’.  Among the awards he has received is the Order of the Star of Ghana and Order of the Volta.