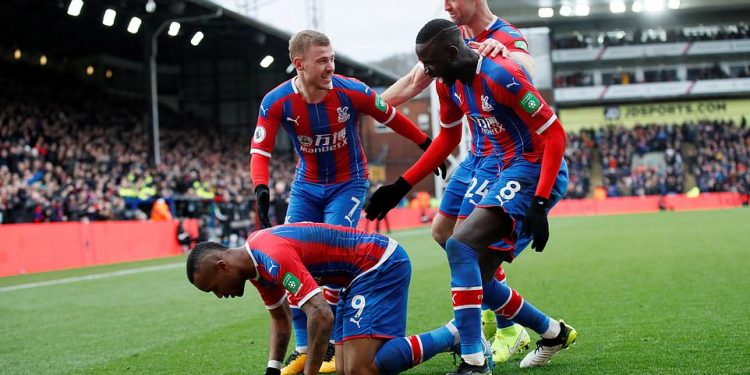 Ghanaian striker Jordan Ayew scored his sixth league goal of the season for Crystal Palace, the equaliser for the Eagles against Arsenal in their 1-1 draw on Saturday.

A very drab first half in the London derby ended with Arsenal one-nil up after Pierre Emerick Aubameyang found the net after a pass from Alexandre Lacazette.

Jordan Ayew was a thorn in the skin of the Gunners defenders fro much of the first half, not shying away from strong tackles.

However, a lack of service to him meant that Arsenal were able to go into the break ahead.

The second half started just as the first had ended, with Arsenal dominating possession, but Palace were starting to get on the ball a lot more.

They were rewarded when Arsenal failed to deal with a ball into their box from the right by Max Meyer.

After a scramble, the ball fell at the feet of Jordan Ayew, whose effort was deflected past Arsenal keeper Bern Leno after it took a touch off David Luiz.

Jordan has now scored six goals in the Premier League for Swansea, one less than his best tally of seven goals, which he scored for both Swansea and Aston Villa

He also scored the equaliser for Palace in their 2-2 draw with Arsenal in the reverse fixture at the Emirates.

He has now become the first Crystal Palace player to score home and away league goals against Arsenal in a season since John Craven in 1971-72, according to Opta.