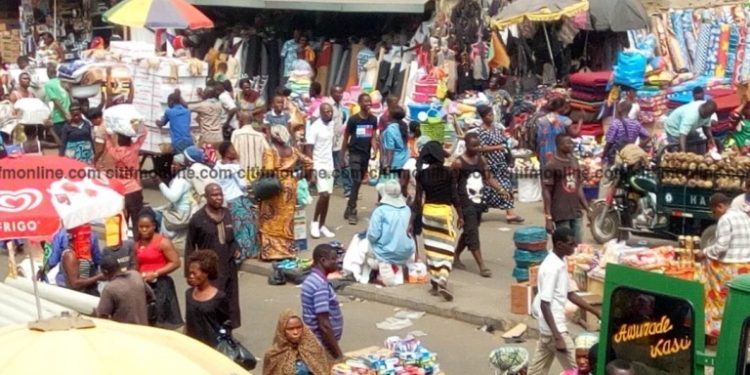 Prior to the Christmas and New Year festivities, the city authorities in Kumasi and other districts nationwide were directed by the Local Government Ministry to allow traders to sell on pavements in order to cash in during the season.

Traders displayed their wares and items on the pavements and other unauthorized trading places.

Movement for some commuters within the Central Business District was difficult due to the presence of these traders.

Although the Kumasi Metropolitan Assembly has served notice it would carry out a decongestion exercise next week, these traders say the move will affect their livelihoods.

Some of the traders said the following in a Citi News interview:

“The assembly taskforce come around and conduct these exercises. They sometimes confiscate our wares. We don’t know where to go to; either the new Kejetia market or Racecourse because we have no place to ply our trade”.

“I don’t have any other place to sell so when we are evicted from this place I will stay home. If they could pardon us and allow us to sell here, we will thank them.”

“Frankly speaking, where we sell is not the right place to do business but we can’t leave this and be idle. It is not our wish to sit on pavements and sell even considering the risk here but if I don’t do this, where will I go and learn and make a living. We were asked to move to Racecourse but that place is too dangerous because criminals are dominating the area”.

But the Assembly said it would go ahead with the exercise.

Afia Konadu, Public Relations Officer for the Kumasi Metropolitan Assembly, said they have no option because it is an order from the Local Government Ministry.

“We also had a letter from Local Government Ministry directing the assembly that they should earmark some streets for hawking activities and they asked that it should be up till the 3rd of January but the assembly decided to extend it to the 10th of January. So, the expiration for the hawkers to be on the pavements of some streets to trade has ended. So since Monday, we have been with the metro guards and the decongestion team educating the hawkers and telling them that they should move because from Monday we are coming on the streets”.

During the Christmas season, some principal streets in Accra and Kumasi were earmarked for hawking by the government. This was done to make trading activities during the season incident-free.

The move dubbed ‘Street Hawking Markets’ was in partnership with the Metropolitan, Municipal and District Assemblies (MMDAs) and the Motor Traffic and Transport Division (MTTD) of the Ghana Police Service.

A memo signed by Local Government Minister, Hajia Alima Mahama, showed the designated hawking streets which were to be closed to traffic from Monday, December 16, 2019, to Wednesday, January 1, 2020, between 5:00 am to11:00pm during the period.