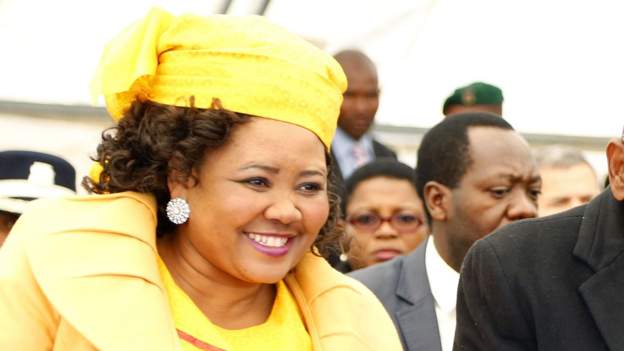 Police in Lesotho are looking for Maesaiah Thabane, the wife of the prime minister, for questioning in connection to the killing of his former wife two years ago.

Mystery surrounds Ms Thabane’s whereabouts since Friday when a court issued a warrant for her arrest after she failed to appear for questioning.

She was given until end of Monday to present herself to police.

Armed police who went to search for the her at the official residence of Prime Minister Thomas Thabane on Friday did not find her there.

The government spokesperson Nthakeng Selinyane has told the BBC’s Focus on Africa programme that the police is ready to request for international support.

The Prime Minister’s former wife, Lipolelo Thabane, was shot dead on the outskirts of the capital, Masero, in June 2017, two days before his inauguration.

Police chief Holomo Molibeli has claimed in court papers that the prime minister was involved in the murder.