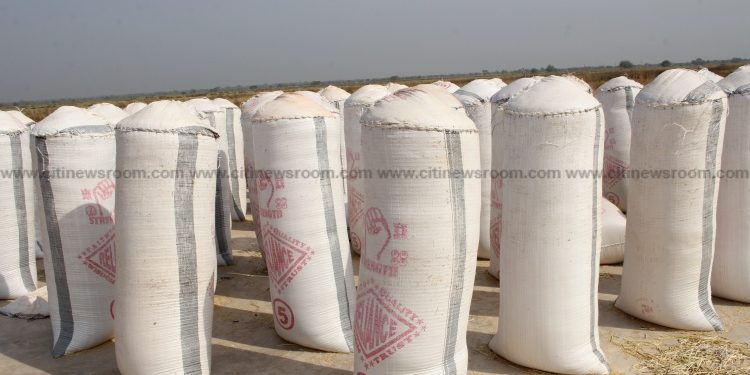 Various rice farmer associations in the District have started registering young people to undergo guidance and training for the next rice farming season, which starts in April 2020.

Mr Bright Prince Amexoxo, the Chairman of IRFA, who disclosed this in an interview, said the Association had, already, registered five young persons with 20 more undergoing training to get registered into IRFA.

He said sales increased tremendously during the festive season – all the 38 members of IRFA sold virtually all rice harvested, but could not still meet market demand, adding: “So we are happy our young ones are showing interest now.”

He stated that members of the Association were working hard to raise their production levels and the quality of the local rice to meet market demand, stressing: “with the interest of the youth in rice farming, it would be difficult for local rice to run out of the market”.

Mr Amexoxo appealed to chiefs and landowners to make lands readily available to the youth eager to go into rice farming and also asked that the Government continued to make rice farming lucrative for the youth.

The farmers called for the government to support them with harvesting machines and irrigation equipment.

Demand for locally produced rice has shot up over the last two months after the Chief Executive Officer of Citi FM/TV, Samuel Attah-Mensah, launched the buy Ghana rice campaign, he subsequently declared himself a campaigner for the consumption of locally-produced rice in the country.

According to him, the move was to help reduce government’s expenditure on rice imports by at least 50% in the next two years.

The Ghana Food Buffer Stock Company joined the campaign and promised to roll out a series of interventions with other state institutions to sustain the drive for the consumption of local rice.

The Ghana Rice Millers Association, in order to meet the increasing demand for rice, secured a deal with some banks to provide funds for the millers at an affordable rate.

The banks include GCB Bank, National Investment Bank, Barclays and ADB Bank. Members of the association have been asked to present their individual proposals to their respective banks.

President Nana Akufo-Addo has for the second time called on Ghanaians to patronize locally produced rice to help the country attain self-sufficiency in rice production.

He urged Ghanaians to support local farmers by consuming their produce in a bid to boost self-sufficiency.

“The success of the government’s efforts in ensuring self-sufficiency in rice production depends largely on the level of consumption of local rice. We must eat what we grow to motivate our farmers and support the development of the local food industry.”