My uncomfortable outfit; but for the general good [Article] 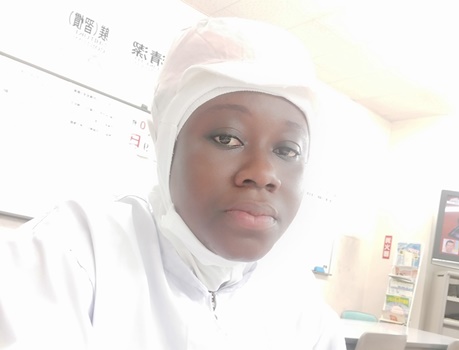 When I began dressing up for my first day at work, the long list of “NOT ALLOWED” started playing in my ears. The voice of Matimoto-san chimed as he read the rules of the bakery from the company’s handbook: he read them so loudly like the humongous bell of the Anglican church for a mass.

He started the list:
1. “No sleeveless blouse to work;”

2. “No wristwatches too”, I looked at him and almost asked so how I do know it is time for break? Then I remembered wall clocks and kept mute. He added,

3. “No finger rings and ear accessories as well”. I asked, “pardon me?” He stated again not missing words as he had earlier uttered, “No wedding ring or whatever ring in the ear is allowed at work”.

I virtually questioned in my mind, how at all will the wearing of my wedding ring and my tiny earings hinder my productivity? Ah! Well, let me start this work and see what at all happens at the bakery to prevent the wearing of rings.

4. “No buttoned shirts or blouses, no dresses with front zips”. Eii! I burst out, this bakery must be a special one.

6. Finally, Matimoto-san ended the list of prohibitions with “No short socks” (well at most Japanese workplaces, socks wearing is inevitable but in this bakery, the exception is, it must not be short) and then

7. “No wearing of eyelashes to work”.

I didn’t seem to be uneasy with the last rule as I had been with the prohibition of the wedding ring because personally I have always wondered how much some females detested natural comfort for them to be wearing eyelashes every time since I literally cannot see even when I wear one occasionally because of continuos eye blinking.

Bearing all the rules in mind, I finally finished dressing up and set off to the train station. After seven minutes, the train had stopped over at Hachihomatsu, where the bakery’s shuttle came to pick us up to the factory. On getting in, I saw everyone who had arrived before I did all covered up like nuns leaving only their eyes for identification. 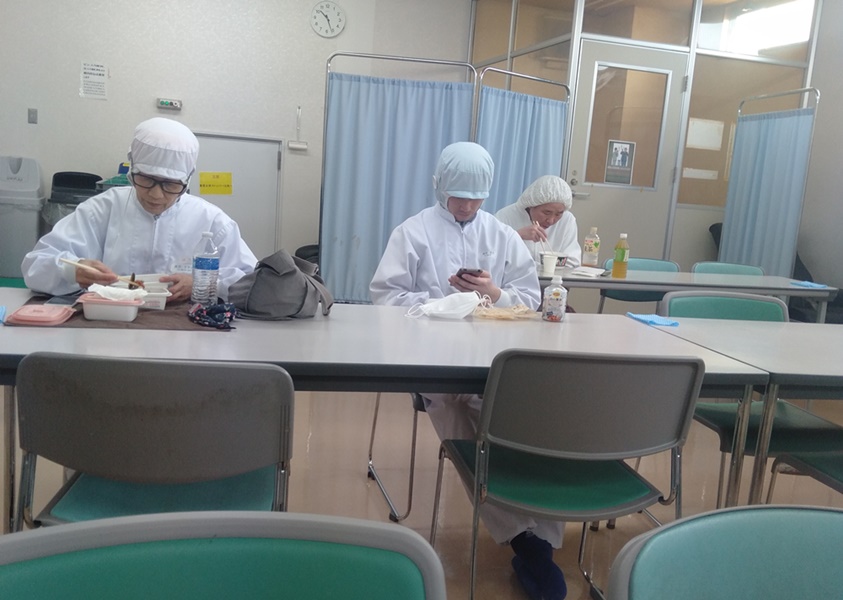 So upon all the don’t wear sleeveless, don’t wear rings, ear accessories, watches, wear only long socks, my entire body is going to be covered with hand gloves, boots, face masks, head scarfs, and an oversized overall? I asked rhetorically.

An interesting day at work it was, we each had our specific tasks to do. I was asked together with others to be mixing vegetables and sparingly spread them on rolling pizzas.

At a last work session for the day, I was asked to pack bread trays while counting and separating the cookies that rolled out from the oven; the golden brown from the burnt. As I executed that task, someone came around and asked: “excuse me, may I perform my task as well?” I responded, “sure!” Because I didn’t see how mine hindered hers. She then started brushing my scarf, my neck, my back and then asked me to lift my arms so she could brush my underarms.

“Oh my goodness”! What a task she had been given. After 40 seconds of brushing my body since she had a timer with her, she was off to the other person in the row. Wow, so some people here are assigned to periodically carry brushes around performing the “Yogore Senjō” meaning “dirt cleaning”?.

Indeed the ‘No dirt’ culture of the Japanese is too strong especially in a food business, such that after the varied sessions of handwashing, gloves wearing, socks wearing, mouth and nose masks, overall-wearing and walking in boots on floors undergoing constant cleaning, someone has been assigned to be looking for “non-existent dirt”?

I asked myself where at all will the germs be coming from to settle on my body to warrant an hourly “Yogore Senjō…dirt cleaning” culture? 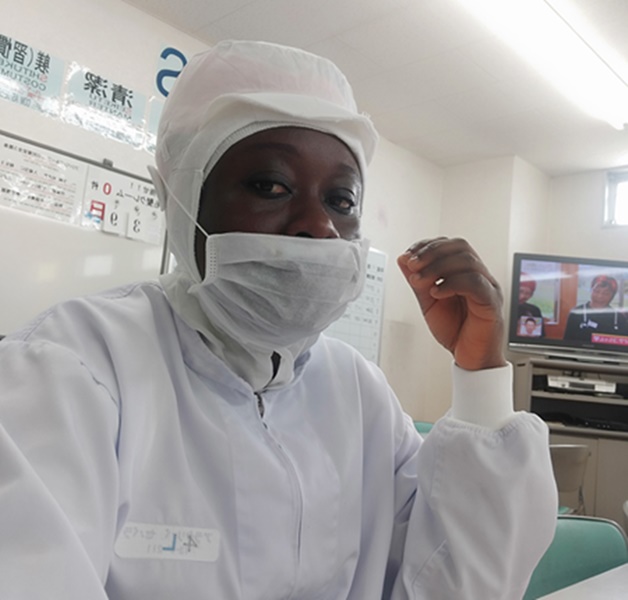 Indeed Japan has taught me more than I can solely contain and it is expedient I tell my Ghanaian family this story. After eight hours, since I had bid to work only for such hours, my task ended for the day.

Having worked at three different sessions of the bakery, I began to understand the rules.

The no ring, ear accessories and watches rule was enforced because of the heat that emitted from the oven and the hot metal pans, and because metals are good conductors of heat, one could easily sustain burns if those ornaments on the body become hot. Besides, the wedding ring because it is rarely removed from the finger or its position changed, it usually accumulates germs and that can be transferred to the food unknowingly.

Furthermore, I understood that the no zips and no buttons were because they could also fall off into the butter as it is being mixed and the machine could grind it together as one uniform paste, even though, that is very rare.

Again I understood that, although the overall uniform didn’t have pockets whatsoever, if we were allowed to wear under clothes with pockets, we could be tempted to keep in phones and musical gadgets and that could be deadly if a person operating on a machine is absorbed in deep thoughts via earphones.

After a week of working in the factory, all my concerns about the outfit was settled and I concluded that indeed the uniform was uncomfortable for the wearer but it was for the general good.

Thus, I wish to relay this observation to food vendors and hawkers of edible produce in my home country, Ghana.

No one downplays the importance of looking good when selling or presenting food to the public; especially if the vendor is a female looking for male customers. Wearing some diamond earrings, eyelashes and a good makeup to grill the maize, tilapia or plantain or even to prepare the noodles and fried rice by the roadside as it is done in Ghana can be a magic wand to bring all the big men to your grill. Nevertheless, have we considered these?

What if the eyelashes or diamonds on the rings mysteriously fall off into the frying pan?

How about the waakye seller who wants to showcase her new hairstyle, leaves her head uncovered, can anyone tell when a strand of hair will fall into the cooking pot?

How about the managing director of ‘kooko’ – porridge boutique, in a bid to show her beautiful lipstick to the inquisitive customer, refuses to wear a nose and mouth mask, can anyone prevent her from coughing if she is choked with laughter?

Well, fellow citizens, your answers and thoughts on these questions are as genuine as mine. Let’s take a cue from the Japanese food business and wear the uncomfortable outfit when handling anything edible for the good of the general society.

(I am the GHANAIAN villager that came to Japan, officially known as Afiba Anyanzua Boavo Twum)

#Total body covering when handling food
#Beautiful hair, lips, nails and teeth can be a harm to food, no fashion as afar as food is concerned.
#Safety first.