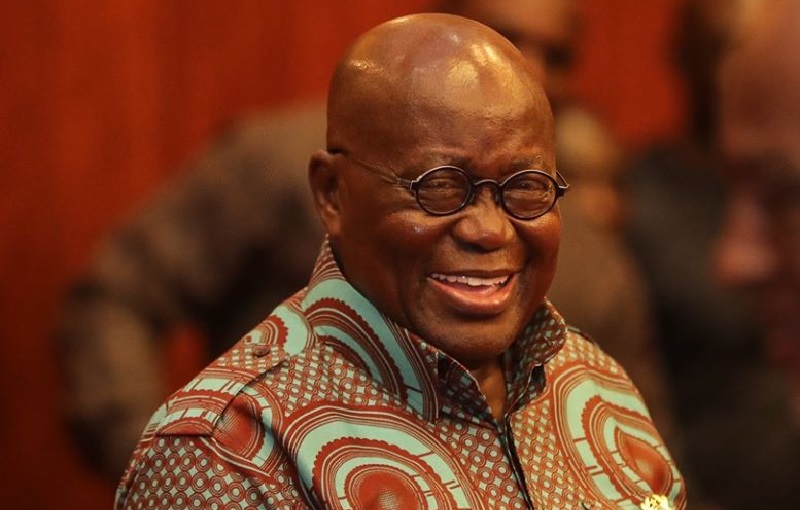 Bio of His Excellency Nana Akufo-Addo

Nana Addo Danquah Akufo-Addo is the fifth President of the fourth Republic of Ghana.

Born on March 3, 1944, he is an accomplished lawyer who was called to the Ghana bar in July 1975. Akufo-Addo is the co-founder of the law firm ‘Akufo-Addo, Prempeh & Co’.

He holds a BSc. Economics from the University of Ghana.

A one-time General Secretary of People’s Movement for Freedom and Justice (PMFJ), Akufo-Addo spearheaded the “No campaign” of the 1978 referendum to resist proposals for a one-party military state.

In 1995, he was the force behind the pressure group – Alliance for Change (AFC) and “kum3 pr3ko” to protest the untold hardship brought on by the economic conditions during the J.J Rawlings regime.

Nana Addo served as Member of Parliament for the Abuakwa South constituency in the Eastern region for three terms between 1996 and 2008.

From 2001 to 2003, he was Ghana’s Attorney General and Minister for Justice. Shortly after, he was appointed the Foreign Minister until he resigned to contest the NPP’s flag bearer position which he won to represent the party in the 2008 presidential election.

In that poll, Nana Addo won the first round with more than 49 percent but not with the required 50 percent plus one. He, however, lost the run-off with 49.77 percent while the National Democratic Congress (NDC) Presidential candidate won with 50.23 percent.

He has also rolled out a number of initiatives notable amongst them being the Planting for Foods and Jobs, One-Village-One Dam, One District-One Factory, One Constituency-US$ 1 million, and the ambitious Free Senior High School (SHS).