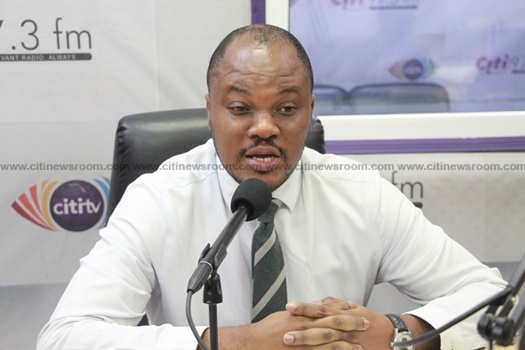 The IT consultant at the Electoral Commission (EC), Yaw Ofori Adjei has clarified that plans by the Commission to compile a new voters’ register with facial recognition is not aimed at eliminating the fingerprint method.

He said both systems will be intertwined to make the verification of voters more robust.

The EC is compiling what it says is a more credible and efficient register with facial recognition component to tackle verification challenges that occur on election day.

Though the move has been heavily criticised,  Mr. Adjei insisted that, that the fingerprints and facial recognition will be used simultaneously for better outcomes.

“My understanding from those in charge of the elections is that the manual verification process can easily be compromised because it takes two human beings to do that. All the EC is seeking to do now is to tighten the security process so that we limit the number of times the manual verification process has to go on. To do that, we need to ensure that the fingerprint we generate are of high quality. We are also saying that, even if the fingerprint fails, we are adding another modality which is facial recognition. Contrary to what people are saying, the facial recognition is not to replace the fingerprint. It is going to be a step.”

Despite the backlash, the EC has set April 18, 2020, as the date for the compilation of the new voters’ register.

This was announced by the Deputy Chairperson of the EC in-charge of Operations, Samuel Tettey.

The exercise is expected to be completed by May 30, 2020 after which an exhibition exercise will be conducted from August 15-28, 2020.

According to the Daily Graphic, the EC plans to deploy 8,000 registration devices for the exercise which will be rolled out at 32,000 polling centers nationwide.

The EC, according to the state newspaper, also intends to adopt a system where four polling stations will be merged to form a cluster to ease the process.

Providing more details on the exercise, the EC says it will use a period of 43 days for registration by spending 10 days at a cluster plus a five-day mop-up.

According to the electoral body, persons who will be registering for the first time will have their residential address, parents name and other essential biodata captured.

Additionally, Ghanaians who wish to have their personal information updated in the electoral roll will have to provide proof to make such changes.

The EC is hopeful that, the registration will be conducted in a fast mode because it is just adding the fingerprints and facials of persons who have already registered as other existing data with the Commission remains intact.

Technology consultant, Maximus Ametorgoh is very much convinced that, plans by the EC to compile a new voters’ register with elements of facial recognition is not the panacea to remedying the verification hitches encountered during voting.

According to him, the introduction of facial recognition technology will face similar challenges just like the current biometric system.

“The [facial recognition of the new register] is not foolproofed. Over time, there will be issues with it. People with similar faces can open the same device or even if you create a 3D of the person’s face, there are many other ways to open the device if people look alike. Such technologies are usually organic so when a person’s features are taken at a point in time, it often picks up new features such as marks, beards, etc over time as the device is used,” he stated.

The EC’s decision to compile a new voters’ register as well as upgrade its election management system has been met with stiff opposition.

But a number of stakeholders including some opposition parties and Civil Society Organizations have kicked against the EC’s intention, urging it to at least consider it after the 2020 polls.

Some other political parties including the governing New Patriotic Party (NPP) and pro-government social groups have thrown their weight behind the EC, although the NDC and the others have vowed to resist the EC’s move, fueling tensions in recent times.