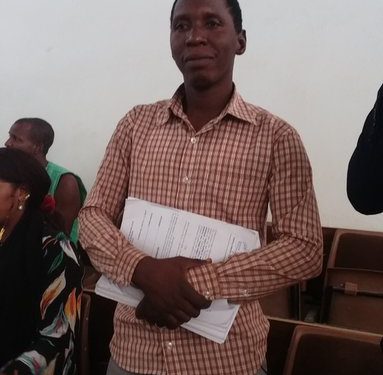 Ibrahim Aku of the Church of Brethren in Adamawa State, pleaded guilty to six counts that included forgery and obtaining money by false pretence, according to Vanguard newspaper.

He was then sentenced to three years for each count.

Aku’s case, that was filed by the Economic and Financial Crimes Commission (EFCC), was being heard by the high court in Yola in Northeastern Nigeria.

The court heard that the accountant was entrusted by the church to deposit the money that had been collected as donations.

The prosecution alleged that Aku together with an accomplice who has since gone missing forged bank deposit documents but did not credit the church’s account.

The accomplice was reported to have received 500,000 naira from Aku to help him with the transaction.

The high court has ordered Aku to return the money to the church and that anything bought with the money be sold.