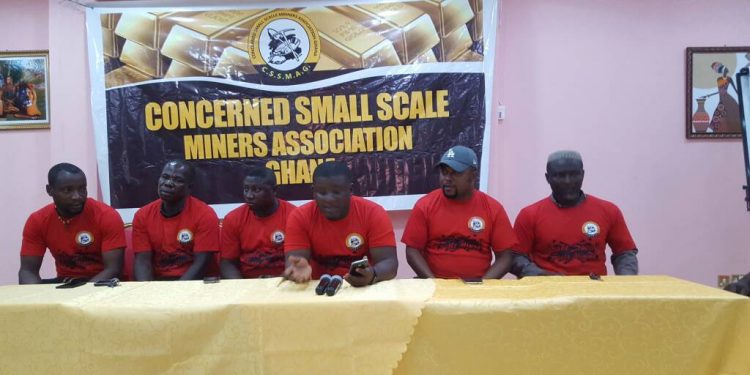 It appears the about 500 excavators seized during the intense crusade against illegal small scale mining between 2017 and 2018, are not missing as alleged by the Chairman of the Inter-Ministerial Committee on Illegal Mining, Professor Frimpong Boateng.

Members of the Concerned Small Scale Miners Union of Ghana say they know the whereabouts of the earth moving machines.

President of the Union, Richard Kojo Peprah speaking to Citi News said some of their members traced their excavators to various illegal mining sites in parts of the country.

When they take the machine in the Ashanti region then, they send it to the Northern region. They are engaged in one activity or the other. Some are even engaged in galamsey”.

The chairman of the Inter-Ministerial Committee on Illegal Mining, Professor Frimpong Boateng disclosed last week that most of the seized excavators are missing.

The minister is quoted as saying that “though the excavators were seized and taken to the district assemblies, the heavy-duty machines disappeared later from the premises of the assemblies”.

The Media Coalition against Illegal Mining and Occupy Ghana subsequently demanded from government explanations for the supposed disappearance of some excavators.

“If we don’t ensure that the laws that we have, are working, then the impunity will continue. How come some of the excavators cannot be found? It is also important that we know which public officers or individuals are responsible for this. That is something that we need answers for,” he said.

It was commissioned in March 2017 by President Akufo-Addo to reform artisanal and small-scale mining in the country. It’s chaired by the minister of Environment, Science, Technology, and Innovation (MESTI), Professor Frimpong Boateng.

The committee is made up of Ministers of the following ministries; Environment, Science, Technology, and Innovation (MESTI), Lands and Natural Resources (MLNR), Local Government and Rural Development (MLGRD), Chieftaincy & Religious Affairs, Regional Re-Organisation and Development, Monitoring and Evaluation, Water and Sanitation, Interior, Defense, and Information.

Government to pay contractors on time to achieve agenda – Bawumia