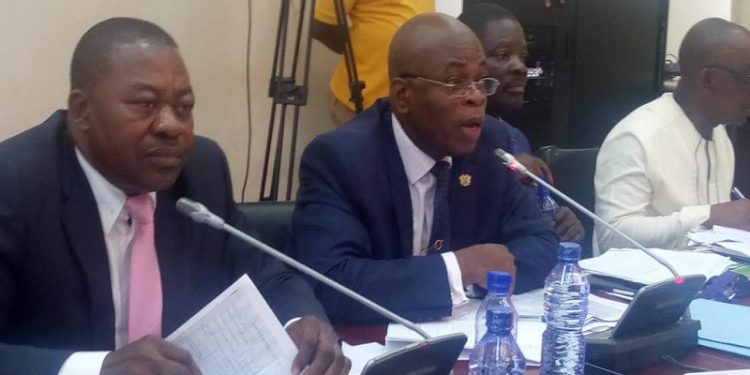 The Public Accounts Committee has questioned officials of the Asikuma Odoben Brakwa District Assembly for releasing assembly funds for payment of rituals for the pacification of gods before a new market constructed at Breman Benin was used.

According to the District Chief Executive (DCE) of the area, Isaac Odoom, the Assembly had to oblige to calls from residents for the rituals to be performed before the market could be occupied by traders.

He, however, failed to disclose the amount allocated and spent on the rituals.

“In the Breman Benin market, after the handing over was done, the people said they are not going to use the place simply because they are afraid to use it so the assembly had to pacify the gods. I don’t know why they refused to sell at the place but I heard that they said if they went there to sell, they may die and so as a result of that, they actually informed the assembly to pacify the gods which we have done and prayer too was said. It has allowed them to enter the market to sell. They have a traditional person in the community and items were bought for him to pacify the gods. The items included a lamb and some Schnapp. I can’t give the prices now because it is a traditional thing”.

Meanwhile, Chairman of the Committee, James Avedzi says since the call came from the residents, the call may be justified adding that the cost involved will be fully known in the next Auditor General’s report.

“That will be shown in the subsequent report not in this one because in this one the market has been completed but not in use, that was the infraction. It is the community that demanded from the assembly to do that. If the residents had a way of doing it without the support of the Assembly, they would have done it.”

Two persons who appeared before the Public Accounts Committee yesterday, January 20, 2020, were arrested over irregularities at the Sefwi Akontombra Assembly in the Western Region.

After first meeting officials from the assembly last week, PAC raised questions about some 62 payment vouchers that could not be accounted for.

During that meeting, the assembly was asked to recall the former District Finance Officer, who had been transferred outside the district, to reappear on Monday and explain the absence of the vouchers.