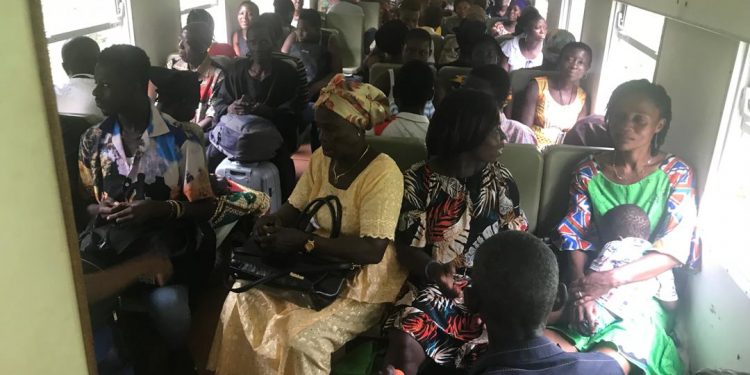 The Ghana Railway Company Limited (GRCL) has extended by five days the period for its free train rides from Takoradi to Tarkwa.

GRCL as apart of preparations to start commercial activities in February 2020, started offering free train rides to the general public on January 28.

The free train rides, which were supposed to last for just three days, have been extended by five days, starting from February 3 to February 7, 2020.

A press release signed by the Deputy Managing Director of the company, Dr. Ing. Micheal Adei Anyetei, stated that the decision by management to extend the free train rides was as a result of the enthusiasm shown by the public during the three day free rides.

The press release also indicated that a particular coach had been withdrawn because the company’s engineers had noticed that it was faulty.

Please find the full details of the press release below 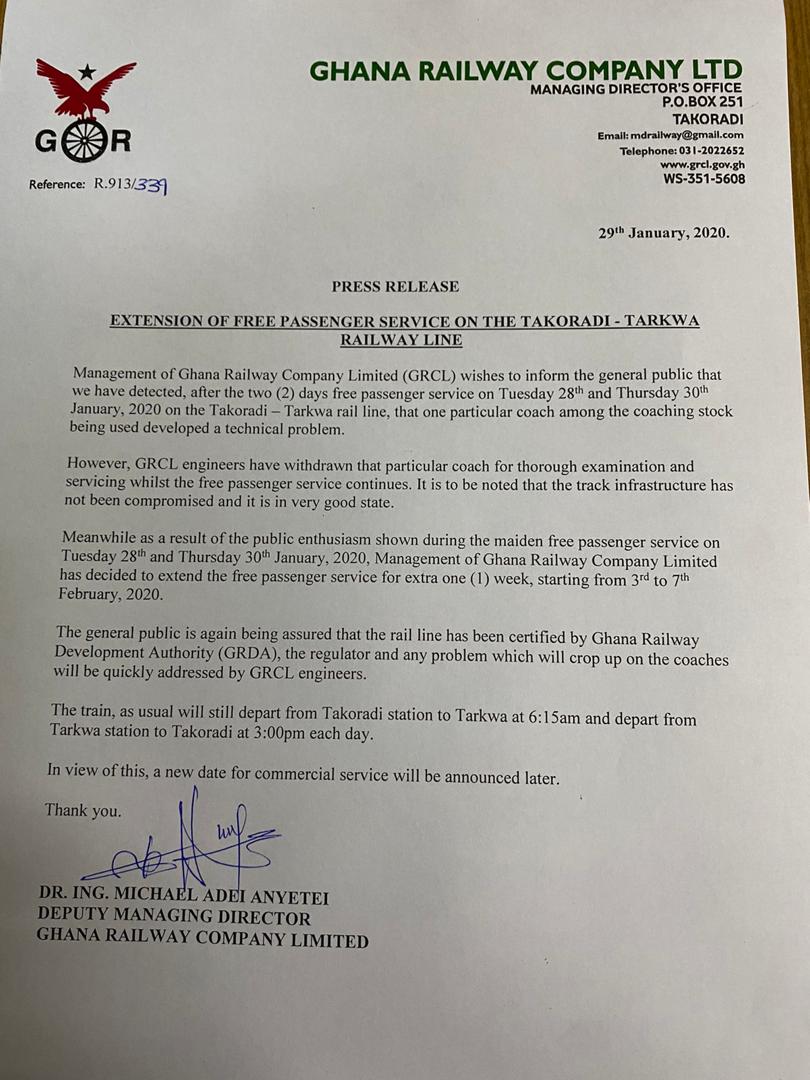 The Ghana Railway Company Limited’s train moving from Tarkwa to Takoradi on Thursday suffered a derailment while on a test run.

The incident occurred at about 3pm at Benso forcing the company to leave behind two of the coaches.

The train was returning to Takoradi on the second day of its planned 3-day test run before commencing commercial operations.

No injuries were recorded as the coach that derailed was meant for goods, although it was attached to the passenger coaches.

The Acting Chief Civil Engineer of the Ghana Railway Company Limited, Michael Kobina Addison said some engineers were left at the scene to fix the rail to ensure a smooth operation on January 31.