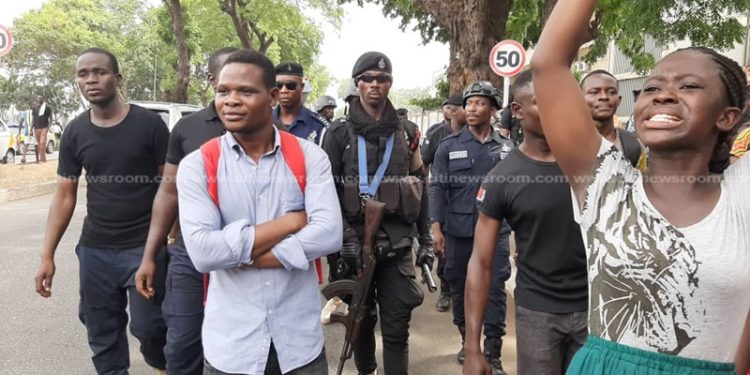 Leaders of some graduate teacher trainees have been detained by the Ministries Police Command for unlawful picketing at the Ghana Education Service (GES) headquarters.

The number of persons detained is unknown though police say less than 10 of them were picked up.

The teachers, from 2016, 2017 and 2018 batches of various Colleges of Education, were at the GES headquarters on Monday to demand postings.

But GES has come out to say only the 2018 batch have received financial clearance and can expect to be posted. 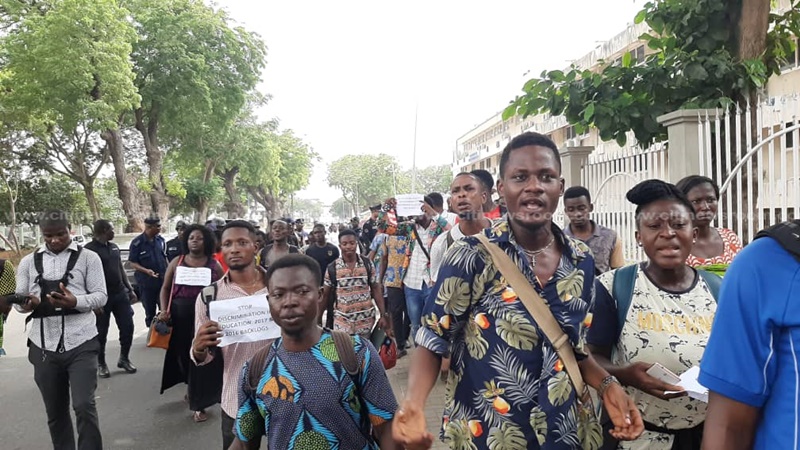 She said the protesters initially claimed they had been invited by the GES but this was proven to be false after checks.

“We followed up and we had information that they haven’t sent any information to that effect. So they were advised to vacate the premises since they had not been invited but the leaders said they were not leaving,” she narrated.

The police thus tried to dialogue with the leaders of the graduate trainee teachers who were protesting but they refused to cooperate leading to the use of force by police, according to Supt. Owusu. 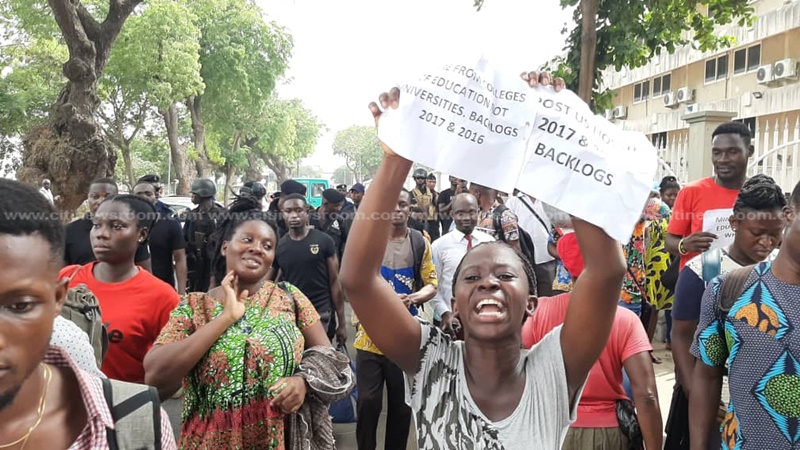 “We invited them, they refused the invitation so in a way they were forced into the car and we sent them to the [station] because they were inciting the [other students] saying they shouldn’t leave,” she said.

The graduate trainee teachers previously picketed at the GES to demand their postings last week on January 10.

The GES asked all unposted 2018 trainee teachers to go to the various regional education offices to be attended to.