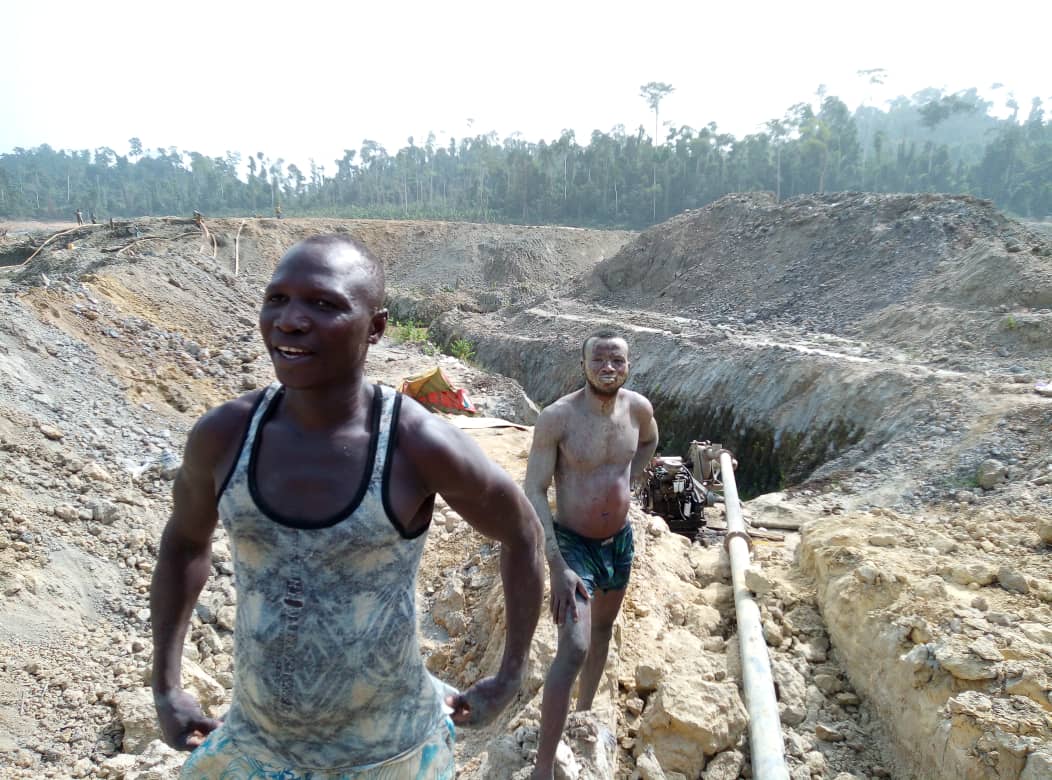 The Forestry Commission says unseen powerful persons are behind the resurgence of illegal mining in some forest reserves in the country.

One of such affected forest is the Bekwai Forest Reserve in the Amansie Central District in the Ashanti Region, where illegal miners have destroyed about seven hectares of land.

The Bekwai District Manager of the Forestry Commission, Rexford Twum-Damoah, told journalists that the situation is getting out of hand as the illegal miners sometimes enjoy military protection.

He said the illegal miners often refer to the powerful people as their bosses hence carry out the destructive activity with impunity.

“They [the illegal miners] will always tell you our bosses, our bosses. You will go there and meet the boys [in the forest]. We came here with all forces and they also had military protection. The actual entry started around 2nd January 2020,” he said.

Many forests across the country have been under threat of the activities of illegal miners who destroy tree cover and pollute water bodies in their quest to mine gold.

Citi News‘ Jonas Nyabor in a report on how illegal mining is wiping out Ghana’s forests in 2019 found that several hectares of fertile forestlands across the country have been destroyed due to the activities of illegal miners, especially within the last decade.

Many rivers, including the Birim River in the Eastern Region and other water bodies, that take their source from these forests have as a result been left heavily polluted, depriving residents in nearby communities of a source of freshwater and putting at risk the lives of over five million other people in major cities in the south whose potable water are sourced from the forests.

In the report, it was found that although the forestry commission makes some arrest and ensures prosecution of persons who mine illegally in forest reserves, some of those who cause the worst destructions are able to escape prosecution or sometimes arrest due to the influence of powerful people in society.