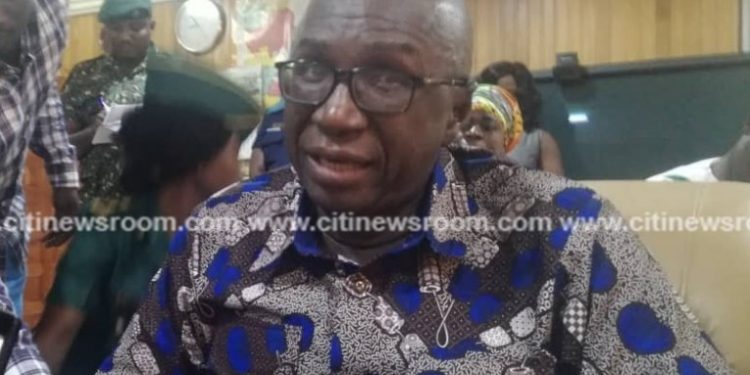 The Interior Ministry has lifted the curfew imposed on Bole and its environs in the Savannah Region.

According to a statement signed by the sector Minister, Ambrose Dery, this move was made based on the advice of the Savannah Regional Security Council (REGSEC) and the “genuine desire of the Chiefs and people of the area to sustain the peace” and improve the security situation in the area.

Mr. Dery further urged the people of the area to “continue to resort to peaceful means in solving their problems”. 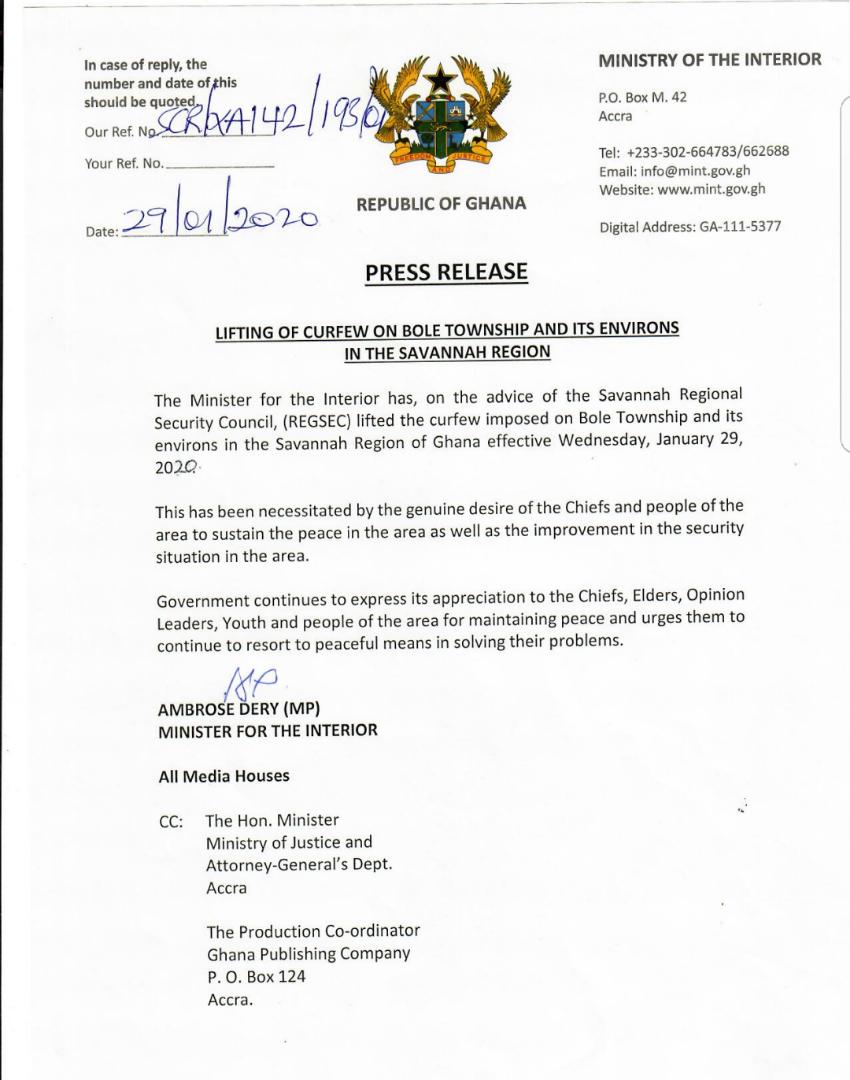 The Interior Ministry, based on the advice of the Northern Regional Security Council, imposed a 6:00 pm to 6:00 am curfew on the Bole Township and its environs, following a bloody clash in the area in 2018.

It also banned residents from carrying ammunition or offensive weapons with a threat of prosecution if they fail to adhere to the order.

Though there have been several renewals on the curfew, the Ministry has lifted the curfew based on the advice of REGSEC.

The Yagbonwura reportedly disregarded the Bole kingmakers and also named one Abubakari Abutu as Mandari chief, setting up two brothers against themselves.

In 2018, one faction in the chieftaincy dispute, Mandari, was celebrating the Damba festival when some persons who belong to the Alhaji Abudu gate, fired into the crowd, killing one person on the spot and injuring two others.

Some armed persons belonging to the Mandari gate returned fire that left one person injured. He was later pronounced dead after he was rushed together with other injured persons to the hospital.

This then turned into a huge clash between both factions, leading to several houses razed down.