It was all joy at the Swiss Spirit Alisa Hotel on Saturday when students of the Silicon Valley International School came top to be crowned winners of season one of Citi TV’s Best Brain quiz competition.

Silicon Valley despite their shaky start was indeed a force to reckon with – as they glided to victory by dominating the major part of the heated contest in all of the remaining rounds.

Even though Happy Kids was no match for Silicon Valley in the first round, they were unable to take home the bragging rights at the end of the day. 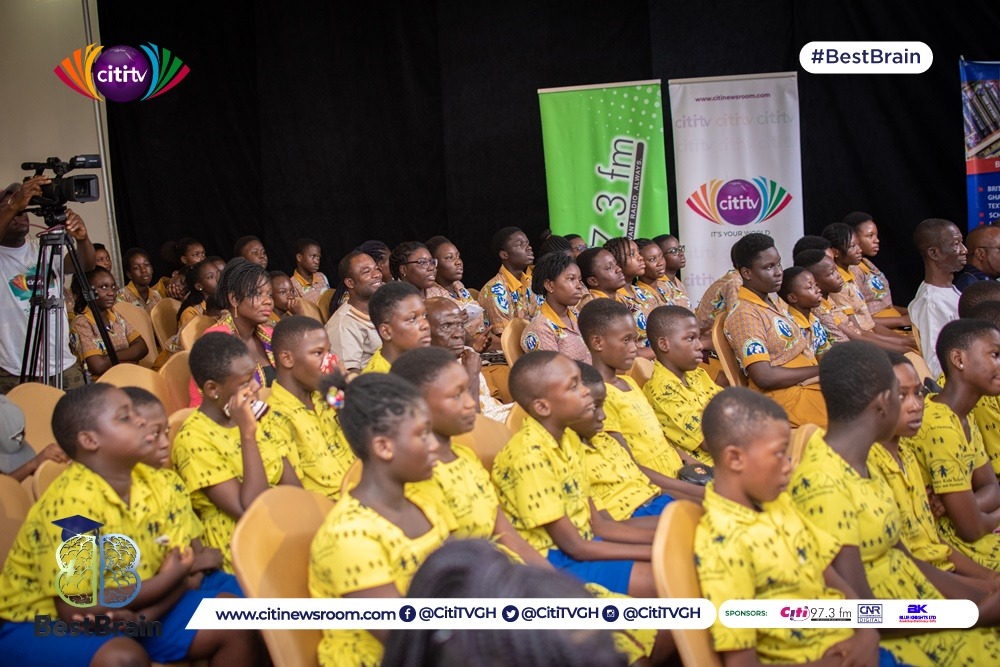 With the contest fairly open to going in the way of either school, the third round began with supporters of the schools clinching to the edges of their seats as they watched the contestants battle it out with the day’s scientific experiment in an apt clash of wit.

At the end of the third round, Silicon Valley felt relieved as it garnered a few points to secure a lead which will become the ultimate decider of their win over Happy Kids School. 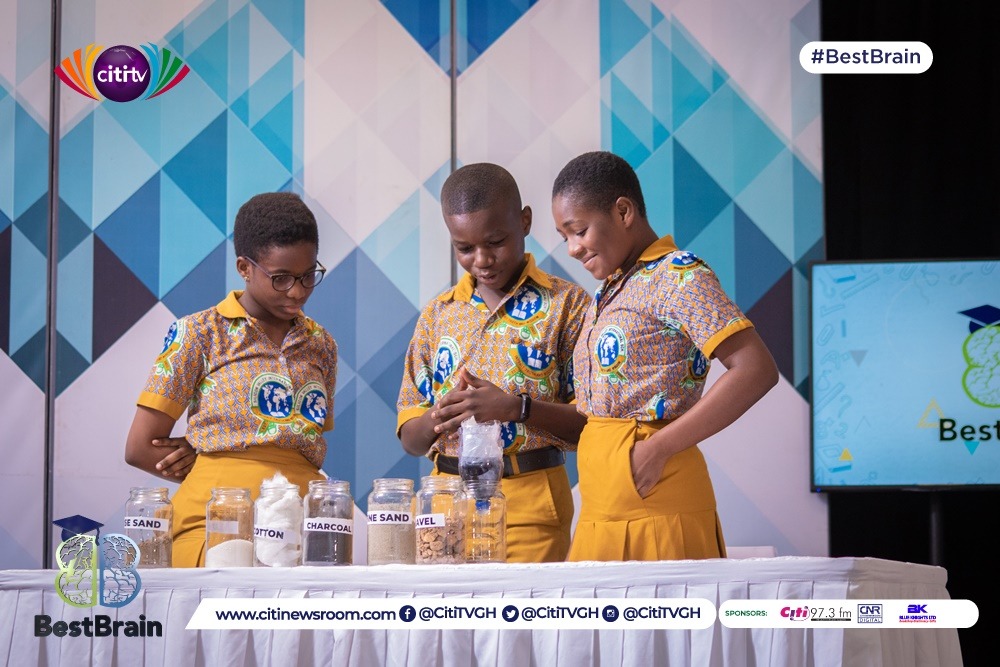 Happy Kids drew from their well of experience to pull a few tricks to level up the score in the Brainiest Task at the end of the fourth round.

This was however not enough to close the 15 point advantage of Silicon Valley which had been sure to guard its lead. 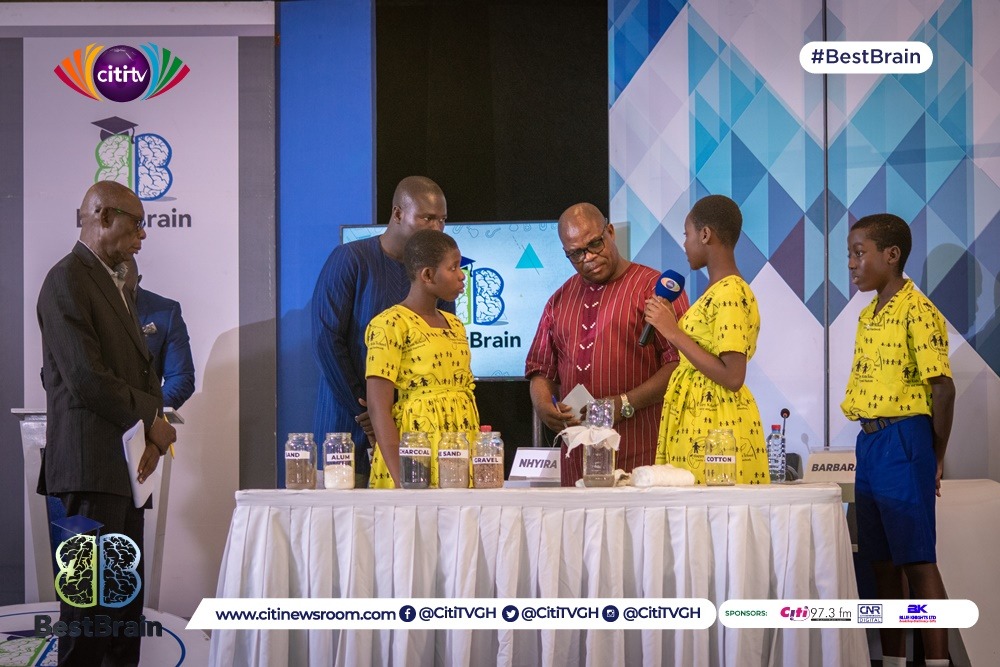 At the end of it all, the combined efforts of the trio who represented Silicon Valley were enough to steal the show that won them GHS10,000 cash prize, a trophy and three gold medals. They also received GHS 800 worth of books from sponsors and certificates of participation.

Happy Kids received  GHS5,000, three silver medals, GHS 500 worth of books from Blue Knights as well as a certification of participation.

A GHS 3,000 cash prize was also given to Christ the King International School for placing third. 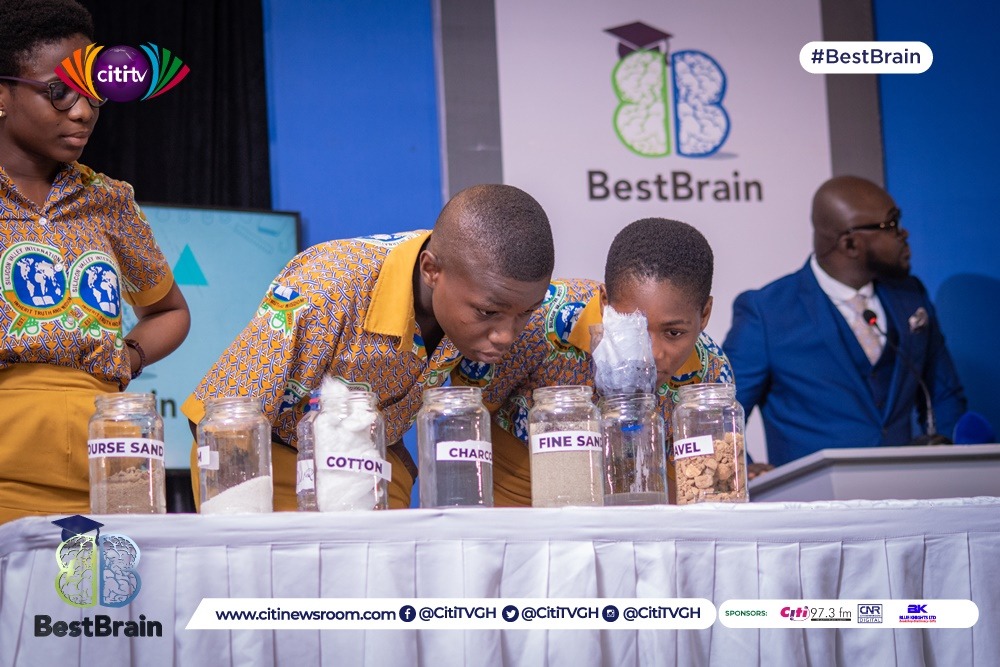 Semi-finals: At the end of the presentation at the project stage and per the judges’ scores, Happy Kids and Silicon Valley took the first and second positions respectively leaving Christ the King behind in third place. 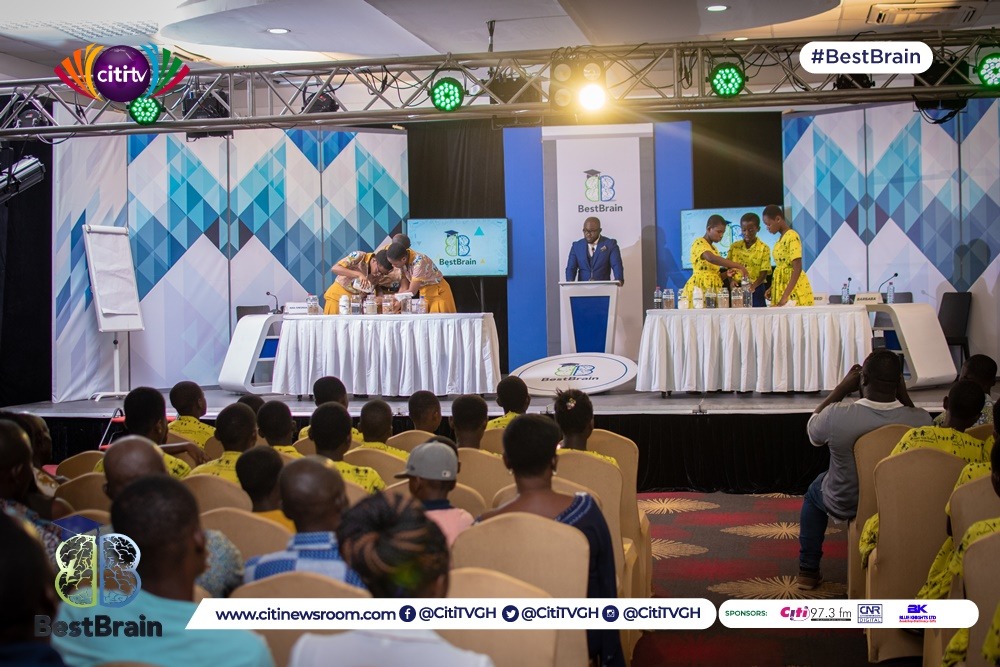 The results stood as 86 %, 85 % and 74% for Happy Kids, Silicon Valley and Christ the King respectively.

Quarter-finals: Happy Kids school sent the Ministry of Health Basic School packing with 68 and 59 points respectively. This was after they qualified at the Preliminary stage by beating their counterparts from the Adenta Community School with 83 points as against the later’s 81.

Silicon Valley at the end of that stage gave Kay-Billie-Klaer a good run for their money with 62 points.  It was 41 points for Kay-Billie-Klaer. This was after they won their preliminary contest after they amassed a total of 84 points that made Corpus Christi go home with 65 points.

Best Brain is an educational show that brings Junior High Schools together in a classic quiz competition the schools locked horns as institutions that groom Ghana’s best brains.

The program was sponsored by Blue Knights Limited with support from Citi FM.