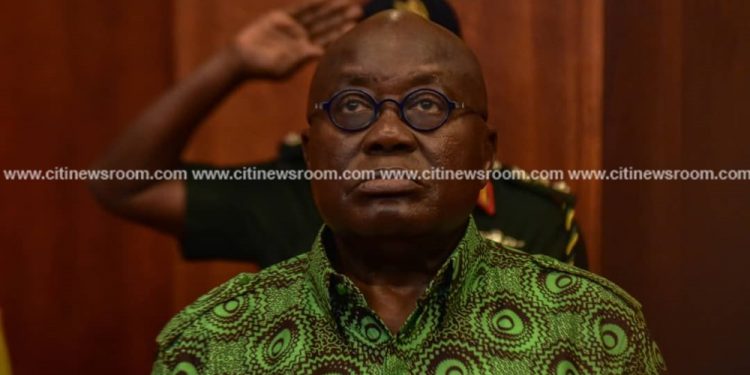 January 7, 2020 marked exactly 3 years since Nana Addo Dankwa Akufo-Addo added ‘His Excellency’ to his names, making him the first gentleman of the land. Yes, It’s been three years already and his 4-year mandate is just about fizzling away. It reminds me of a High school Headmaster’s who constantly reminded his students about how time flies whenever he got the opportunity to address the whole school on parade grounds. By now the stack reality has hit hard on the president and he knows his time is about over.

President Akufo-Addo came into office with an immense goodwill from Ghanaians which could be deduced from the number of votes he beat his closest contender with. Yes, almost a million votes if not more. Pundits and political science experts suggested that, those numbers signified a true mark of confident that was reposed in him by Ghanaians. That in itself was historical under our fourth republican dispensation as a country.

Others believed that, the former administration simply lost favor with Ghanaians hence their abysmal performance in the 2016 general election. Be it as it may, three years have flown by with ease and that election is about to be counted among historical events in the life of Ghana. Twenty-Twenty being election years reminds us of how the 2016 election was contested fiercely and what may be install for the coming election.

Three years into the Akufo-Addo led administration therefore provides an apt opportunity for assessment, more so when the second-half of the year would be purely towards re-election campaign activities. So strictly, this administration has just about 6 months for proper governance without any interference. One will argue political campaign cycles in Ghana never go on break. Politicians are always in campaign mood which is a fair assertion.

But how has the last three years under this administration been and have they met the expectation and confident that Ghanaians reposed in them as the best alternative to govern? Have they performed to the admiration of Ghanaians such that they deserve another term in office? These rhetorical questions will be met with varied views and opinions if posed to the ordinary Ghanaian, as they will be the best people to measure how this administration has impacted their lives the past three years. It is therefore in order to put government’s performance under the microscope not on the academic space but in the eyes of an ordinary Ghanaian.

Then candidate Akufo-Addo gave a plethora of promises during the 2016 election campaign which he assured Ghanaians of his capability to deliver when voted into power, the highest office of the land. Key among the promises was the long-sang Free Senior High School (SHS). Another novelty that graced the 2016 election campaign was a coinage which captured the lips of Ghanaians, especially campaign enthusiasts. The One-This-One-That mantra. This gave birth to One-District-One-Factory (1D1F), One-Constituency-One-Ambulance and One-Village-One-Dam among others (1V1D).

Another campaign promise that was at the heartbeat of most Ghana going into the election was the fight against corruption which was then perceived as prevalent and trending under the erstwhile government. His pledge to fight it rigorously using the ‘‘Anas method’’ was seen convincing. It is believed the long-held view of his incorruptibility gave an assurance and hope to the many who wanted to see change in the way we handle corruption cases in the country hence the Office of the Special Prosecutor (OSP). Another staggering promise was his resolve to fight filth and make Accra the cleanest city of Africa. These and many more are what I characterized as ‘plethora of promises’.

So how has the last three years been put to use in achieving these promises which seem not far-fetched even with the vagueness with which they were presented?

The Akufo-Addo led government has chalked some successes which need mentioned and recognition if not applause. It has implemented the ‘almighty’ Free SHS policy which was deem impossible by now opposition National Democratic Congress (NDC). Their defense was that free SHS can only be implemented progressively. Even with the lingering challenges with Free SHS, the impact in the past three years cannot be under estimated. Figures from the Education Ministry suggests that, there is over 1.2millions students enjoying the free SHS policy which started in September 2017, about a 43 percent increase in enrollment.

Other policies by the government such the 1D1F remain on course according to the Trade Ministry and the designated office mandated to oversee these projects. The last release from the quarters in 2019 suggested that, about 53 of such factories were completed and are in operation now. They allude to the fact that, these are private sector led initiatives with support from government. Anyway, they still have a long way to go in achieving that promise as the time for accountability beckons.

One-Constituency-One-Ambulance as well as One-Village-One-Dam (1V1D) are the other stand out policies that were promised Ghanaians. The former seems to be an about to be fulfilled promise since it’s a matter of days even though that came with delay upon delay, we can be happy of it arrival finally.

The latter though, is not a forgone conclusion. Perhaps we can play the wait and see game with that. While Government communicators paint the picture of its policies being implemented with all the nice words and sometimes conceding to the challenges, the opposition has been gloomy and unfavorable in its communications about these policies.

The past three years of this administration has come with its bad and ugly side as well. Perhaps it should be expected as it is a human institution and there cannot be a perfect system. But the magnitude of the imperfection and blunders that has stained the Akufo-Addo led government cannot be overlooked. Corruption and allegations of corruption flooded front pages of newspapers, tabloids and news portals.

The rocky start with which this government’s mandate began was probably on a wrong footnote. They seem not to have gotten over it. The BOST scandal remains a scar on the conscience of this administration, The Ameri-deal which led to the ousting of the then Energy Minister, the Metro Mass saga, and the recent PDS deal among others, speak ill of Akufo-Addo led government of three years. Alleged corruption scandals became a daily report in the early days and the response each seem to enjoy gave the name ‘clearing agent president’ by the opposition NDC. Of course you will expect that from opposition who will make a meal out of every hitch.

Another blot which continue to roar it ugly head is the size of the current government. It doesn’t seem to be going away and maybe will stay with us through the upcoming election. While the opposition may have a problem with it from their own parochial interest, many well-meaning Ghanaians when asked about may have issue with it, especially with the chronic issues that lingers around.

With exactly one year to the end of the first term of this administration, it is perhaps a forgone conclusion that making Accra the cleanest city will be a promise for the gods. Accra continuous to remain one of the unkempt cities in Africa which is the direct opposite of what was promised. To quote the president ‘‘the commitment we are making and which I want you all to make with me is that by the time we end our four-year term, Accra is going to be the cleanest city in Africa.’’ Perhaps the people of Accra have not help the president in achieving this promise yet but should not be forgotten.

Outstanding reservations and other teething challenges such as the administration relationship with the media, the killing of Ahmed Suale and the handling of former Joy FM journalist, Manasseh Azure after his publication on Militia, general security concerns such as kidnappings which captured airwaves for weeks and months, and the banking sector crisis are vital playouts in the last three years of a four-year term. Recent afro-baromer surveys about voters perhaps gives lead to the mood of the country.

The government’s inability to deal with issues decisively, the haphazard and hawkish manner with which matters of concern are treated with kid gloves leaves blemish on the conscience of Ghanaian social fiber. One thing is for certain though, Ghana has a digitally savvy Vice president who’s been amazing stupendous with his drive to get Ghana digitized.

The saying a year is long enough to achieve a lot remain relevant for this administration but same can be said for the saying that, coming events cast their shadows. A lot was promised therefore a lot in terms of achievement is required. While government boast of their achievements in the past four years, with push back from opposition, the ordinary Ghanaian will be the best judge.

Election 2020 campaign will be a ‘battle’ for achievements looking at the dynamics involved. A former president seeking for a comeback on the back of ‘claimed’ massive infrastructure development would be interesting to watch. Above all, lets continue to seek a peaceful election.