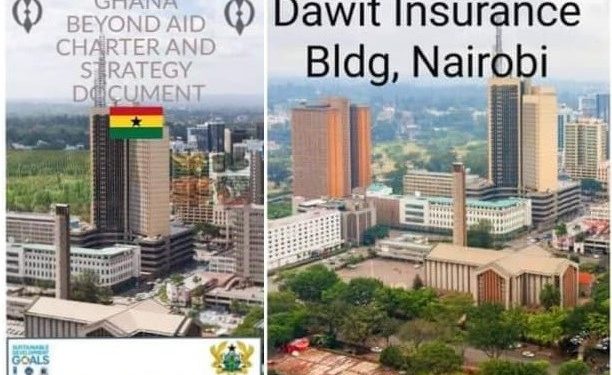 A review of the top five moments when politicians caused a stir with their words, speech or communication in 2019

I’ll start with President Akufo-Addo’s statements on gender at the Women Deliver Conference in Canada. Obviously not a lot of people at the conference and gender activists were happy about those statements. Basically Nana said “We are not seeing enough dynamism and activism” by females when it comes to seeking office. The blowback started from right on stage where Dr Alaa Mubarit, immediately pushed back quite forcefully. The uproar continued on social media in Ghana, across the continent and the world. It wasn’t a very great moment for the president though some came to his support. Others felt he had a point but didn’t really communicate it well. Clearly, this was not a win for the president considering the public uproar.

2) NDC, the Okyenhene and an apology over choice of words

Rememeber the whole NDC- Okyenhene brouhaha? NDC Ashanti regional Secretary made some statements(if it had not been the intervention of former President John Mahama, the people of Kyebi and the Okyenhene would still be “drinking water with animals.”) which were widely condemned. It had to take a high-powered delegation from the National Democratic Congress (NDC) to apologise to the Okyenhene, Osagyefo Amoatia Ofori Panin and the Akyem Abuakwa Traditional Council on behalf of its Ashanti Regional Secretary and some pacification for things to get settled. The apology itself set off another firestorm in the NDC as some felt their party shouldn’t have gone as far as they did. Definitely a wild, divisive and self inflicting statement. Quite a feat when you manage to offend a group of people and then divide your own party–so not not.

3) The Ghana Beyond Aid charter document with a picture of the Kenyan skyline on the cover page.

On May day this year, the President inaugurated a document to guide his flagship program “Ghana Beyond Aid” which had gained national and international attention. To be sure, this idea itself will stand out as one of his brightest communication moments of his presidency. However the document to guide the initiative had the picture of the Kenyan skyline on the cover page. As you’d imagine, this generated widespread concern and condemnation for various reasons. This was an embarrassing moment particularly because of the buzz around the “Ghana Beyond Aid” slogan. It also took away the focus of the conversation from the content of the document to the cover page. The presidency issued a full-throated apology which was great communication in and of itself. Nevertheless, the harm had been done.

During a campaign tour in the Volta region, former President John Mahama told supporters in the Adaklu constituency that “I’m sounding a warning to the NPP – we are going to match them boot for boot..” He also reminded all and sundry that “…NDC has a revolutionary root and when it comes to unleashing violence no one can beat us to that..” These comments were made against the backdrop of the Ayawaso West Wuogon violence and the spike in vigilantism in Ghana. The comments were roundly condemned and didn’t paint the former president in a positive light. Later the former president explained at a Seminar at the Saïd Business School at the Oxford University in the UK, that the statements were made in an “emotionally charged” moment.

Chinese illegal miner Aisha Huang, and four other Chinese nationals were arrested and later deported after the filing of a nolle prosequi to discontinue the trial by a State Attorney, Ms Mercy Arthur. Many Ghanaians were not enthused about this.

Senior Minister Yaw Osafo Maafo justified this by saying “Putting [Aisha Huang] in jail in Ghana is not going to solve your money problem. It is not going to make you happy or me happy”. He also included the fact that such arrangements were necessary because of the prospects of Ghana receiving $2bn under the Sinohydro bauxite project and related development projects. This didn’t go down well with Ghanaians because it gave the impression some people were above the law and an affront to the fight against illegal mining. Mr Maafo “earned” a rebuke and stern statement from OccupyGhana who said they were highly disappointed in him. He was also on the chopping board for sometime as some Ghanaians took issue with his remarks. Needless to say, this wasn’t a pleasant time for the Senior Minister.