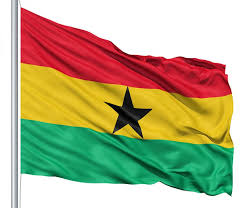 When our first president Dr Kwame Nkrumah proclaimed Ghana’s foreign policy positive and declared that “We face neither East nor West; We face forward”, he essentially communicated our unwillingness to stand up blindly and unfairly for one man against another either in times of war or in peace, commerce, industry, trade and so on.

Suffice to say lightly that in the field of sports generally and particularly the beautiful game of football which undoubtedly has evolved to become the passion of many nations across the globe.

We have never as a country had an official position to support one country against the other – not intracontinental, intercontinental or even at the quadrennial football mundial where many nations gather in one space to do battle in defence of their national flags with great passion, honour and patriotism. Ghana has all the time remained neutral or better still in diplomatic and international relations terms- “Non-Aligned”

To be non-aligned simply means that you do not take sides when you are dealing with two or more parties especially in war times or politics. In general specific terms, non-aligned movement is a group of states in the international political space who consider themselves not formally aligned with or against any major power bloc that is; either to the Western Bloc led by the United States of America or the East, led by Russia. They stay firmly in the middle.

These nations, at all times, remain non-belligerent, in a war and stay neutral (international relations), in a war. They are more restrictive in their pronouncements of support or otherwise for others in conflict. Rather, they stay “non-aligned” all through.

There are several dozens of nations across the globe whose diplomatic orientations are centred around this kind of thinking. They are part of what is referred to as the non-aligned movement.

The Non-Aligned Movement is a forum of 120 developing world states that are not formally aligned with or against any major power bloc. After the United Nations, it is the largest grouping of states worldwide.

In light of the above, I deem it necessary and proper to commend the government, the Foreign Affairs Ministry, all political parties especially the two main one -NPP and NDC for exhibiting such outstanding balance and maturity in the wake of the almost disastrously calamitous conflict situation that nearly befell the world where two countries -the United States of America and Iran were at each other’s throats following the killing of General Qasem Soleimani by the US in Baghdad Iraq through an airstrike.

I must say that, from all the scanning I have done on mainstream and social media since this matter broke, I have not come across either official or unofficial support for either the US or Iran. Such tactfulness on the part of all of us is worth emulating by citizens and governments across the globe.

After the killing of General Qasem Soleimani, the US and Iran almost put the world at the edge when they threatened retaliation and counter retaliation to the retaliations and almost declared war on each other.

Ghanaians, the political parties, foreign affairs ministry and the government of Ghana all through those tricky periods, played the tactical diplomatic card by pressing the absolute mute button and avoiding any commentary on the matter.

This singular act of “smart muteness” is not only worth applauding but also deserving of lots of commendations for staying true to Ghana’s foreign policy which is mainly hinged around “dziwo fie asem” to wit, non-aligned.

It is important at this juncture to paint a little picture of Ghana’s foreign policy positive Which uses diplomacy – or talking, meeting, and making agreements — to solve international problems rather than open confrontations and hostilities.

By this, Ghana and of course, its people acting through the foreign ministry try to keep problems especially that which happens between nations from developing into conflicts that require military settlements.

At this juncture, It is an understatement to conclude without saying that all of us collectively as Ghanaians have made our country proud.