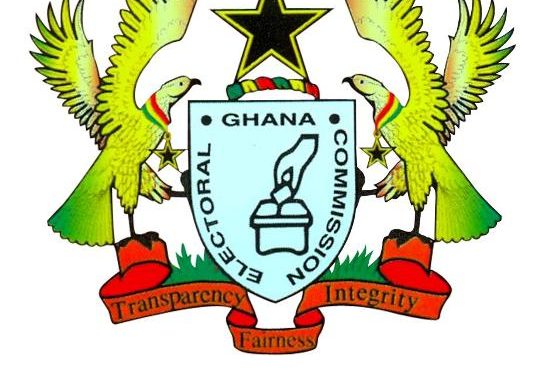 Ghana’s media space has been awash with opinions and counter opinions about whether or not there is a need for a new voter register for the 2020 general election. The opinions vary on both sides with sometimes valid and convincing arguments. While there seems to be some uncertainty about a new voter registration, one thing is certain: election 2020 will be held, and it will be peaceful.  I’m by no means a prophet, nor do I wish to be one, but one can predict the future by using historical antecedents.

Election 2020 will be held on December 7, some eleven months away. It will be an event which will further the country’s history and love for multi-party democracy which we have embraced as an acceptable mode of choosing political leaders. The Constitution under Ghana’s fourth republic has been treated fairly without the rampant truncation which were experienced in the early years of Ghana’s formation- a good omen that must be encouraged and continuously worked at in getting a perfect system that’s ideal for all.

While the system is not yet perfected, the bolts and knots will continue to experience intermittent tightening, joints will need oiled and serviced regularly to avoid unexpected breakdown. Though these may come at a seemingly unbearable cost, it’s worth it. The journey so far deserves no turning back. We have come too far to backtrack or retreat.

The voter registry in an election is the single most important document upon which the electoral process rests.  There are other equally important facets to the electoral process, but a voter registry remains the most critical element, which, without it, there can be no election. Therefore, the continued refining and fine tuning should be a welcoming idea for a free, fair, and transparent election has been the trademark for almost three decades.  The brouhaha about a new voter registry is, thus, maybe warranted and needed, since it is not only beneficial for the process or the need for a suitable registry, but the credibility of it could determine the outcome of an election.

Ghana has held seven general elections since the inception of the fourth republican constitution, and the road leading to each has not been smooth, as the enthusiasm for perfection and improvement in our electoral system always takes precedence. The passionate and never-ending arguments about the new voter registry is as predictable as Trump’s daily tweets.

The arguments so far from the main three parties involved: The New Patriotic Party (NPP), the National Democratic Congress (NDC) and the Electoral Commission (EC) are perhaps less convincing, creating division and contention among some sectors of Ghanaians, but each stance seems permanent.  While the NPP and EC – along with some thirteen other political parties – seem to sing the same tune, the NDC, along with a handful political parties, have been resolute in their disinterest in a new voter registry. The various stances are not surprising, but the unnecessary consequences, creating tension and anxiety in Ghana do not work in anyone’s favor, except maybe the tenacious politician who is hell-bent for political power.

The electoral commission over the years has performed as an impartial referee, even in the face of incessant attacks and tagging from opposing parties. The last two and half decades has seen these attacks on the EC by the two leading main political parties rise to the roof. The swell of suspicions that surrounds the electoral commission each electoral cycle leaves much to be desired. While the actions and inactions of the public institution fuel some of these suspicions, they are needless and avoidable.

The history of voter registry and electoral process agitations dates back to1992 when the NPP-led opposition boycotted the parliamentary elections leading to the NDC winning without any major challenge. Similar tensions were seen in 2004 when a new photo ID card was introduced, 2012 and 2015 recorded the same worries about the voter registry. Remember the violence in 2015 in a demonstration by the police on Let My Vote Count Alliance (LMVCA) demonstrators, leading to the loss of sight of Justice Adzakuma?

Electoral process and voter registry anxieties are thus common and usual, even though not healthy. Even in the face of demonstrations and protests against or for new voter registry over the years, the dust finally settles, elections take place, and the country moves on.

Most of the electoral reforms which include new voter registry over the years are championed by political parties, but the call for a new registry this time is from the electoral commission – which is unusual, even though not out of place. The reasons for their call sound legitimate, but their approach, communication, and timing are what has brought about the stiff opposition.

The body entrusted to manage elections in Ghana suggests how unfit the electoral system is, which includes the registry, biometric machines, and the entire Biometric Voter Management System(BVMS), hence the need for a new system. The counter argument, though, is from the leading opposing party who reveal and make cogent assessment of the veracity of EC’s claim for the need for new registry. Their argument has to do with how the EC was able to make use of the same machines and system for a recently held District Assembly Election.

While the above point is valid and tenable, their point about the cost involved for a new registry, being a waste of resources flies in the face of logic. Under no circumstances should the sanctity of our elections be compromised as a result of cost.  Democracy is not a cheap endeavor. The absence of a credible and well accepted election result could lead to dire consequences, and there are examples to guide us.

A credible electoral system which includes a credible voter registry and a trustworthy and reliable system and infrastructure is a prerequisite for a peaceful and successful election. To avoid the binary position taken by the main players and actors involved, the electoral commission should engage and consult broadly to find a working solution that appeases all parties.

To the doomsayers, Ghana has come too far to fail. The need for a credible election cannot be negotiated. Inasmuch as political parties have interest in the process, they cannot stampede the authority mandated to carry out a constitutional duty come 2020.The final decision which resides in the hand of the electoral commission should be welcomed by all. The unnecessary and needless tension is not helping anyone.

The brouhaha about the new voter registry, while in order, perhaps could have been handled better and in a more decent manner to preserve the country’s peace, and harmony.

God bless our homeland Ghana and make her great and strong.