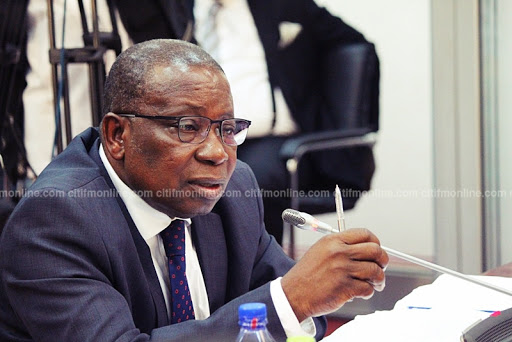 The Noguchi Memorial Institute for Medical Research has so far investigated 15 suspected Coronavirus cases, which have all proven negative, the Ministry of Health has said.

This was contained in a statement signed by the sector Minister, Mr. Kwaku Agyeman-Manu. The statement was to give an update of Ghana’s status regarding the outbreak of the deadly disease.

“As a country, we have encountered 15 suspected cases as of today. Samples have been taken from all of them and sent to the Noguchi Memorial Institute for Medical Research for tests and the results have been negative,” it stated.

“We wish to reassure the nation that preparations in terms of emergency preparedness response and surveillance have been heightened and proven to be effective and efficient.”

A total of 28 countries and territories have so far reported the diseases.

The Ministry, it said, was satisfied with the level of preparations made so far across the regions, adding that disease surveillance within the country, and at points of entries had been heightened, as health authorities worked in partnership with the Ghana Immigration Service and other port authorities.

“Again stakeholder engagements have been extensive with series of meetings with all Regional Directors of Health, and Chief Executive Officers of the Teaching Hospitals and they have reviewed their preparedness for emergency responses following earlier alerts to them.”

On Thursday, February 6, the Ministry and the Ghana Health Service announced that the country had tested nine suspected cases, which were included in the current figure.

These included the widely publicised samples from two foreigners, taken at the Korle- Bu Teaching Hospital on February 5.

So far, the disease has claimed 1,355 lives in China with nearly 60,000 reported infections, since the outbreak was reported in Wuhan City in the Province of Hubei on December 31, 2019.

The common signs of infection include respiratory symptoms, fever, cough, shortness of breath and breathing difficulties. In more severe cases, the infection can cause pneumonia, severe acute respiratory syndrome, kidney failure, and even death.

Standard recommendations to prevent infection spread include regular hand washing, covering mouth and nose when coughing and sneezing, thoroughly cooking meat and eggs. Avoid close contact with anyone showing symptoms of respiratory illness such as coughing and sneezing.

Meanwhile, leading health experts from around the world have been meeting at the World Health Organization’s Geneva headquarters to assess the current level of knowledge about the new COVID-19 disease, identify gaps and work together to accelerate and fund priority research needed to help stop this outbreak and prepare for any future outbreaks, the global health body said in a statement on its website.

The two-day forum was convened in line with the WHO R&D Blueprint – a strategy for developing drugs and vaccines before epidemics, and accelerating research and development while they are occurring.

“This outbreak is a test of solidarity — political, financial and scientific. We need to come together to fight a common enemy that does not respect borders, ensure that we have the resources necessary to bring this outbreak to an end and bring our best science to the forefront to find shared answers to shared problems.

“Research is an integral part of the outbreak response,” said WHO Director-General

The meeting, hosted in collaboration with GloPID-R (the Global Research Collaboration for Infectious Disease Preparedness) brought together major research funders and over 300 scientists and researchers from a large variety of disciplines”.