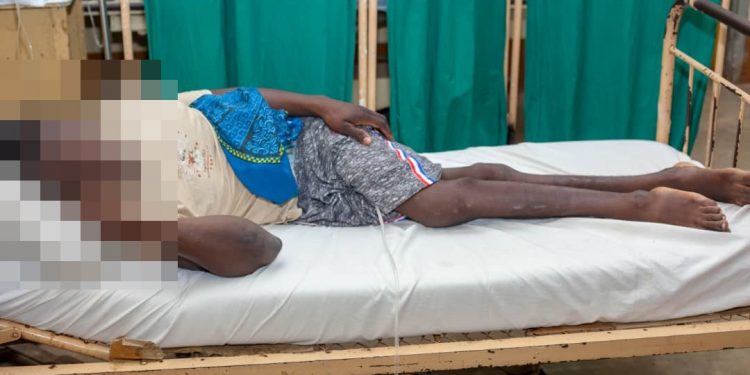 A 25-year-old man, Umar Mohammed needs GHS17,000 cedis to undergo a spinal surgery due to injuries he suffered four years ago.

Umar Mohammed had an accident while working on a farm to get some money to cater for his sick mother.

While on the farm, he was hit by a falling tree which affected his spine.

He has since then been paralyzed from his waist towards his lower parts.

Umar has been bed-ridden for the past four years and thus needs urgent surgery.

He has not been able to raise an amount of GHS17,000 to undergo the surgery at the Wenchi Methodist Hospital in the Bono Region.

Because of his situation, it has affected his education as well as he has to drop out of school.

Umar Mohammed in an interview with Citi News said, “Because of the situation I can urinate or defecate on myself unknowingly. This has really affected me. I am begging Ghanaians to come to my aid so that I can undergo the surgery to enable me to walk and live a meaningful life once again.”

Umar who is based at Sukura in the Dormaa Central Municipality always comes to the Presbyterian Hospital at Dormaa Ahenkro for routine check-up with support of people.

Michael Ogbodu writes: How God saved me through my seatbelt