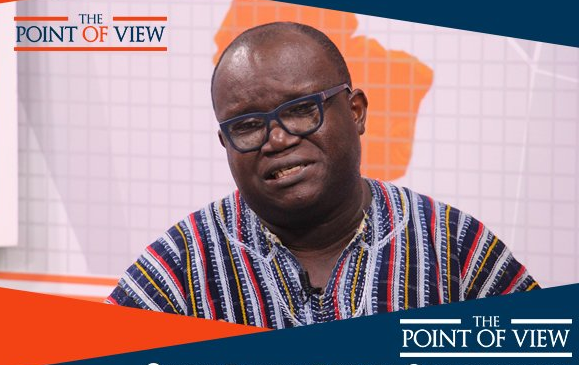 The Convener of the Media Coalition Against Illegal Mining, Ken Ashigbey, has described the country’s justice delivery system as a weak link in relation to the fight against illegal mining.

His comments come in the wake of the arrest of some individuals over some missing excavators and other seized equipment from illegal miners in the country.

Speaking on the Point of View on Wednesday, he called on the government to bring all cases related to the missing excavators to the capital, Accra to be prosecuted so the utmost focus can be given to the case.

“It [the judiciary] has been one of the weakest links. Before this excavator issue came, it was the weakest link because the last time I heard the Operation Vanguard commander talking, he was talking about 5% convictions. All of us have been complaining about it. I remember the Media Coalition petitioned in the situation in which Chinese were arrested and then prosecuted in a circuit court in Tarkwa. And these are foreigners. So even before the law was amended, the sanction for them was not GH¢2,400 fines. It was more than that if you were just going to do fines.”

“So definitely the justice delivery system is a problem. I remember speaking to one of the Supreme Court judges and his suggestion was the fact that to really deal with this issue, let’s bring every case, these galamsey cases to Accra, have the focus on it and prosecute them here. Because once you get them into these places all kinds of things happen. You would not have the situation where goats and things will change hands,” he said.

Professor Kwabena Frimpong-Boateng, the Minister for Environment, Science, Technology and Innovation and also Chairperson for the Inter-Ministerial Committee on Illegal Mining (IMCIM), disclosed recently that some of the excavators which were seized from illegal miners between 2017 and 2018 had vanished.

Some members of the Concerned Small Scale Miners Association subsequently revealed that they knew the whereabouts of the missing excavators, with claims that they were being used for galamsey in parts of the country.

Ekow Ewusi who was contracted by the government to cart excavators and other vehicles and pieces of equipment seized by Operation Vanguard to designated areas for safekeeping was then seen as a suspect to the case.

A letter sighted by Citi News revealed that Prof. Frimpong-Boateng wrote a letter to the Police CID to investigate him over his alleged involvement in the missing earth-moving equipment.

Five other individuals who are believed to be accomplices of Mr. Ewusi were also arrested with him.

They have however been granted bail and expected to report to the Criminal Investigations Department later on Wednesday 5th February 2020.

Mr Ashigbey had earlier blasted the government for failing to devise stringent measures to ensure the safety of excavators that were seized by operatives of Operation Vanguard.

Speaking to Citi News‘ Umaru Sanda Amadu, Mr. Ashigbey wondered whether these seized excavators which were reportedly carted to designated areas for safekeeping were monitored by police officers.

Mr. Ashigbey indicated that these excavators would not have gone missing if the government had put in place the necessary measures to ensure their safety.

According to him, this should be part of measures to deal with the upsurge of illegal mining in the country.

He indicated that beyond empowering state institutions, officials who are at the helm of affairs at the various districts must be held responsible for the menace.