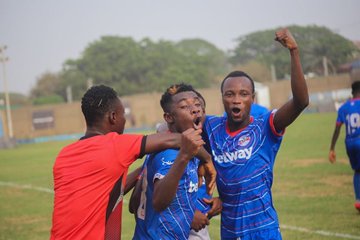 Liberty Professional have secured their first win at home this season and what a way to do it. The Dansoman-based club, suspended from using their home grounds since a match day 5 defeat to Accra Hearts of Oak.

Since then, the Scientific Soccer Lads had suffered defeat at their adopted home grounds in Dawu and won just one of their 4 games since the suspension.

Coupled with the fact that they had yet to win a game at home prior to the suspension, a game against defending Champions Aduana Stars was also a tough ask.

And this battle of two Betway-sponsored clubs could not get off to a worse start when Yahaya Mohammed fired Aduana Stars ahead as early as the 10th minute.

When Mubarak Alhassan pulled parity seven minutes later, the equalizer only lasted 7 minutes and Aduana were back in front through Yahaya Mohammed who scored his 10th goal of the campaign.

But when captain Elvis Kyei Baffour converted from the spot to level at 2-2 heading into the break, David Ocloo’s men took charge in the second half, blazing Aduana and extinguishing them in equal measure.

Mubarak Alhassan made it 3-2, then substitute Abass Nuhu scored a worldie 4th and by the time Kyei Baffour scored his second and Liberty’s 5th in stoppage time, the points were well wrapped up.

The win was sweet in many regards – payback for all the action their fans missed through Carl Reindorf’s suspension, and more importantly, first three points at home that should now set the tone for a winning run at home.

Next up for Liberty in midweek, a trip to Bechem to face Bechem United.

Aduana Stars host Asante Kotoko in the clash of the round. 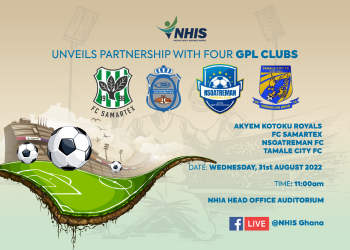 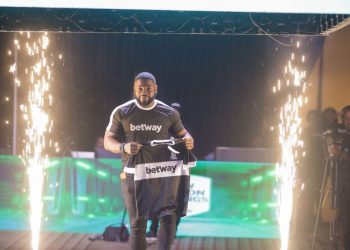