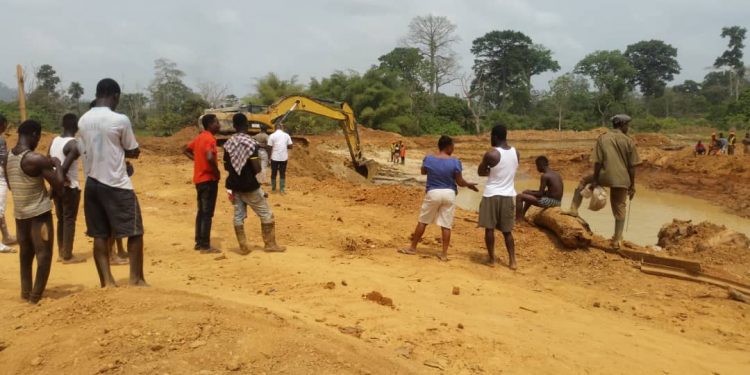 The Eastern Regional Police Command has begun investigations into an incident where a student of the Osino Senior High School got drowned in a mining pit at Osino in the Fanteakwa South District in the Eastern Region.

The deceased 20-year-old Ali Osmanu met his untimely death after allegedly swimming in an uncovered mining pit within the operational zone of Nawara Mining Limited concession on Sunday morning.

The Public Relations Officer for the Eastern Region Police Command, DSP Ebenezer Tetteh has said per their initial investigations, the deceased student sneaked out of the boarding house and went swimming in the pit full of water at the blind side of the workers of the mining company.

“The initial investigations so far have revealed that the deceased is a form two student of Osino Senior High School. He actually sneaked out of the boarding house without permission and went to the mining site at the blind side of the workers of Nawara Mining Limited Concession to try and swim in a pit full of water and got drowned in the process. So far that’s what we have been able to gather per our initial investigations conducted,” DSP Tetteh noted.

Four illegal small scale miners were trapped to death in a pit at Salema in the Ellembelle District of Western Region in January 2020.

The four, two men and two women were working in a pit at an abandoned concession on Monday 21st January 2020 when it caved in on them.

The Western Regional Chief Executive Officer of the National Disaster Management Organization (NADMO), Abdul Ganiwu said the bodies of the victims have since been deposited at the Axim Government Hospital morgue.

But President Akufo-Addo in delivering the State Of The Nation address said they reduced deaths at the galamsey.