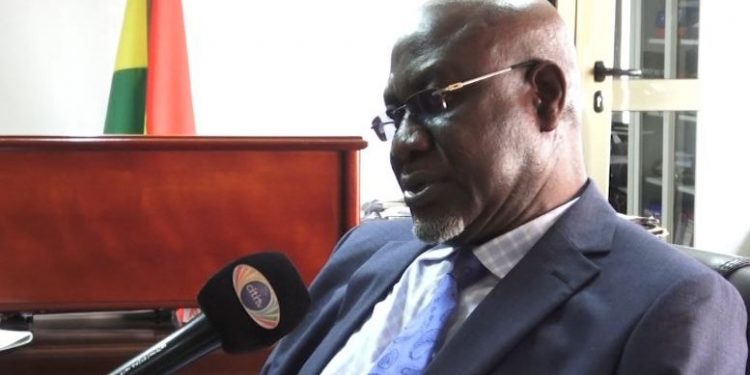 The Economic and Organised Crime Office (EOCO) has opened investigations into the activities of Directors, Managers and Supervisors of the collapsed financial entities.

The licenses of these financial entities were revoked by the Bank of Ghana for regulatory infractions and mismanagement.

The Executive Director of EOCO, COP Retired Frank Adu-Poku told Citi News that they are investigating the criminality aspect of the dealings of the defunct entities.

“We are to fight organised crime and then recover proceeds of organised crime. The government started this process sometime in 2018, 2019 and the Receiver was appointed. And the Receiver in order to fight this, had to get some other institutions to support it so we came together as an investigative body to ensure that companies and directors who have collected monies from the public are brought to book so the Receiver submitted about 23 companies – Savings and Loans Companies and 347 microfinance companies to us.”

“We had to come up with a strategy and that was to divide ourselves into two teams and the two teams looked at the major companies in terms of deposits taken from the public and maybe the way that they handled members of the public. We started with three from the Savings and Loans and the three we are talking of are Ideal Finance, UniCredit and Express Savings and Loans.”

“The quantum of deposits that they have collected from members of the public – so many customers have been denied their monies. The idea was that they were to deposit these monies into the banks so they could receive their monies back. In the case of Ideal Finance, we are talking about 700 million cedis which have not been accounted for. In the case of microfinance companies, we are talking about 150 million ghana cedis so we pick depending on the quantum of amounts that have been lodged with them which they have not been able to account for.”

Mr. Adu-Poku said the investigations will be in two sessions – the arrest and interrogation of directors, managers, and supervisors of the collapsed financial entities as well as prosecution and freezing of their assets.

“In fact, investigations are in two-folds. First, we arrest the directors, interrogate and if they have the money to pay, they pay. On the other hand, we are preparing them for prosecution and if they are prosecuted then we go after their assets and so far I believe the exercise has been successful.”

Mr. Adu-Poku confirmed that Kotei Dzani’s prior to his assets being frozen by EOCO was arrested, adding that he was subsequently released after an intervention by his lawyers.

“We started with Ideal Finance where the main director is Kotei Dzani. We brought him to this office and it was based on an invitation. But in the course of investigations, we saw that he was somebody who can be treated as a suspect and so he was treated as such… He was formally arrested and just about being put into the cells but because of the intervention of his lawyers, we decided to give him the benefit of the doubt and legalise whatever he had to.”

Citi News gathered that Mr. Dzani’s assets were frozen to among others find a way of retrieving funds from him to pay back customers whose funds are locked up with the defunct Ideal Finance.

Reports say the funds are in excess of GHS 700 million.

EOCO, upon a referral from the Receiver for Ideal Finance, invited Nii Kotei Dzani for questioning on 3 allegations; GHc23m paid to a client, 200 acres of land he allegedly stole from Ideal Finance, and unlawful use of Ideal Finance’s funds to build “Camp Tsaetse.”