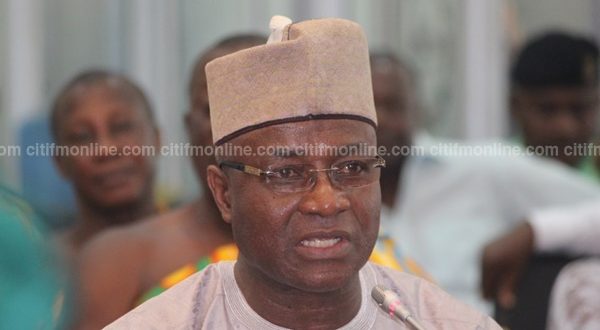 The Majority Leader of Parliament, Osei Kyei Mensah-Bonsu wants the Economic and Organized Crime Office (EOCO), Attorney General’s Department, Auditor-General’s Office and other state agencies with investigatory powers to partner with the Office of the Special Prosecutor to investigate the Airbus bribery scandal.

On January 31, 2020, Ghana was cited as one of five countries in which global aerospace group, Airbus SE, allegedly bribed or promised payments to senior officials in exchange for business favours between 2009 and 2015, according to the UK’s Serious Fraud Office.

President Nana Akufo-Addo subsequently referred the matter to the Office of the Special Prosecutor for investigation.

Speaking on the Point Blank segment on Eyewitness News, the Majority Leader, who raised concerns over the deal when it was brought before Parliament in 2011, noted that the Special Prosecutor will do a better job with the help of other state security agencies.

Osei Kyei Mensah-Bonsu said, although “the Special Prosecutor is competent enough” to probe the issue, a collaboration with the Attorney General and other security agencies will not be bad.

A strong Parliament would have stopped this

The Majority Leader also called for the strengthening of Parliament as an institution.

To him, a strong Parliament would have done due diligence when the issue was raised in 2011 by the then Minority (NPP) in Parliament.

“It is not about witch hunt; I don’t want us to go on that tangent. It is about having value for money so that going forward as a country, we do what is right. The issues about corruption that we often cite — perceived or real– I keep insisting is that Parliament, that is the prime body that is supposed to be playing an active oversight over the executive is not really doing what is expected of it because of some mortal wounds; constitutional, statutory and also some of them self-inflicted. So we must deal with these things. And I think we must strengthen Parliament because once we are able to strengthen Parliament I am sure we will be able to put a lot of these matters behind us as a country.”

Osei Kyei Mensah-Bonsu raised concerns about the cost of the two military aircraft the then National Democratic Congress (NDC) government wanted to procure in 2011.

Parliamentary records available to Citi News showed that Mensah-Bonsu had expressed shock in how the processes to purchase the aircraft, which had become a subject matter in the recent Airbus bribery scandal, were rushed through.

James Klutse Avedzi, who was the Chairman of the Finance Committee at the time, on 20th July 2011, submitted the committee’s report on the motion to secure a loan from the Deutsche Bank Sociedad Anonima Espanola (Spain) for the acquisition of two C-295 Military Aircraft for the Ghana Armed Forces.

While debating the matter, at the time, Osei Kyei Mensah-Bonsu, the Member of Parliament for Suame said he found that the price of the C-295  as captured on Airbus’ website as US$22 million but was shocked to see that the documents tabled before Parliament pegged the price of the aircraft at €24 million per piece.

“… Mr Speaker, the cost price of the C-295, the Shell is US$22 million from the manufacturers –– their own website. Here, we are saying that it is €24.5 million. Again, you wonder where these figures are being conjured from,” he said.

“Mr Speaker, the €24.5 million certainly, is going to be in the region of about US$35 million –– US$35 million for the purchase of one, when we know that the manufacturers themselves are saying that the cost of the C-295, also known as ‘Persuader’ is going for US$22 million,” he noted.

The  Suame MP took a serious view of the situation saying it was “unacceptable.”

He also said he was surprised that within just a day, the document had been sent to Attorney General’s office for advice, forwarded to the Minister for Finance and sent to the office of the President for executive approval.